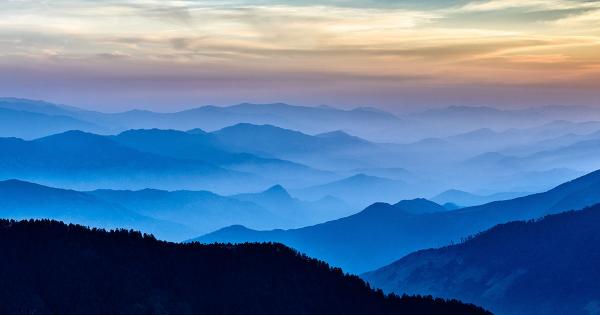 Exchanges beware: crypto evolves rapidly, and provides no shelter for complacency. That was the clear warning that could be drawn from James Todaro, Managing Partner of Blocktown Capital, who earlier this week shared a timelapse video on his Twitter feed that charts the changing fortunes and trading volumes of seven industry big-hitters over the course of the past five years.

After >5 years of active trading and what was once the largest exchange, Poloniex now shuts its doors to the US.

Here is the shifting landscape of cryptocurrency trading volume resulting in @binance domination.

The exchanges include Coinbase, Kraken, and Bitfinex, as well as the beleaguered Poloniex, which recently announced it would no longer be providing services to US-based customers, following regulatory issues and a near-total collapse of the company’s market share. Poloniex disclosed that trading for US customers will end on Nov. 1, with Dec. 15 being the asset withdrawal deadline.

Commenting on the video, Todaro said:

“After >5 years of active trading and what was once the largest exchange, Poloniex now shuts its doors to the US. Here is the shifting landscape of cryptocurrency trading volume resulting in @binance domination. What will it look like by 2021?”

Looking ahead, it is clear that the exchange market holds opportunity and danger in plentiful supply, and customer loyalty is not to be taken for granted. Binance, which was only founded two years ago, is the current king with daily trading volume over $800M, but it would do well to remember that Poloniex once wore the same crown.

Huobi believes that regulation and regulatory approval will be one of the key differentiators that will separate winners from losers over the course of the next few years. That strategy is demonstrated by the company’s recent efforts, which have seen the firm launch a slew of regulatory-approved exchanges around the world.

Speaking to CryptoSlate, Mohit Davar, EMEA regional president of Huobi Group, explained the challenges of establishing a presence in new regions. He said:

“Turkey has no regulatory framework in place. However, since entering the market we have been in contact with key stakeholders to ensure we are approaching matters the right way, and we are open to speaking with regulators when they begin considering a framework for blockchain and cryptocurrency. In new emerging markets like these, we are always one step ahead, and are setting a standard for operations ourselves.”

If regulation is the key dividing factor, as Huobi is betting, the company will be well placed to take advantage. The rise and fall of Poloniex indicate this idea may have merit.

In April 2017, Poloniex seemed practically unassailable, holding a market share of 58 percent in a display of sheer imperious dominance; today it struggles to clear $35M of daily volume. By February 2018, Circle, which is backed by Goldman Sachs, had completed a $400M purchase for the company.

Even at that time, however, there were indications that Poloniex was a shadow of its former self, having already been overtaken by competitors Coinbase, Kraken, Bittrex, Bitfinex, and Binance. Circle crucially found themselves unable to recapture that market share, losing ever-greater ground. Now holding a meager 1% share of the market, Circle has had enough of their former champion and thrown in the towel.

As CryptoSlate previously reported, Circle CEO Jeremy Allaire blamed “increased regulatory pressure” for staffing cuts which saw 30 US-based Poloniex workers lose their jobs in July. Although it was a dark day for some, the company hoped to find a sunnier outlook by relocating operations to Bermuda. They failed. Only a few short months later Circle’s Poloniex has drifted into the triangle, and in a rudderless state, its financiers have lost hope.

Although clearly battered and bruised, Poloniex is not yet out for the count. Under the fresh management of a newly created company, Polo Digital Assets, the exchange will receive $100M of inward investment.

Among the changes, Poloniex will no longer operate in the USA. In a recent blog post brimming with positivity, Circle described the offloading process as the “spinning out” of Poloniex, inviting curious minds to wonder exactly what, other than Circle, Poloniex may yet spin out of.

Predicting the future shape of the market is no easy task, particularly in a crypto arena that is maturing at speed, but still retains a sliver of its frontier spirit. One area which looks poised to grow in the short to medium term is the derivatives market, with physically delivered futures and CME’s bitcoin options opening up a new frontier for exchanges.

With over $500 million of volume per day, derivatives market Deribit is in a position to take an overview of the market and to shape the future of futures trading. Marius Jansen, COO and co-founder at Deribit, shared his insights with CryptoSlate:

“In two to three years we might see completely new market leaders, as customers require the performance of traditional markets and regulators demand more transparency. This might be detrimental for those exchanges that compromised quality over short term profits. I believe that the leader of the industry will be a unified market place with the performance of a traditional exchange, yet deeply rooted understanding of crypto space.”

Whatever the future holds for exchanges, the cryptosphere remains young with no guarantees except for this: what’s happened so far is only the prologue — the real story is just getting started.

Much like the altcoins they list, many of today’s exchanges will be a shadow of their former selves by 2021, while a select few will have morphed into veritable unicorns. Those that make the grade will have successfully combined innovation with shrewdness, business acumen and a touch of serendipity.

Huobi has pledged its commitment to the Turkish crypto community in a big way, announcing a slew of initiatives at last week’s Eurasia Blockchain Summit.