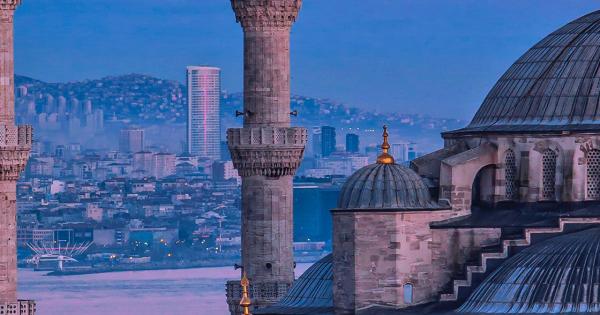 Photo by Fatih Yürür on Unsplash

Huobi has pledged its commitment to the Turkish crypto community in a big way, announcing a slew of initiatives at last week’s Eurasia Blockchain Summit. The introduction of Turkish Lira (TRY) deposits for users of its global exchange was the main talking point, but a number of ancillary announcements further demonstrated Huobi’s support for bolstering crypto adoption within the country of 80 million.

In addition to adding a TRY fiat on-ramp, Huobi has promised an exclusive fee promotion for Turkish users, who can enjoy trading fees as low as 0.07% by holding Huobi Token (HT). There was also confirmation of Huobi’s plans to position staff within the country to foster a thriving crypto community and to support blockchain development.

Huobi promises Turkey with all the trimmings

Given that Huobi Global was sponsoring the first annual Eurasia Blockchain Summit in Istanbul, there was never any doubt that a Turkish pledge of some sort was coming. It was just a question of how it would manifest. In the event, the decision to add support for Turkish Lira makes perfect sense: TRY is the world’s fifth most popular fiat-crypto pairing, and Turkey is Europe’s crypto stronghold with 20% ownership of digital assets. Despite this, the Turkish crypto community is underserved by domestic exchanges and there are bottlenecks when it comes to switching from Lira to crypto.

Huobi’s liquidity (it swaps $400 million on a typical day) and global reach make it an ideal exchange for tapping into Turkey’s thirst for crypto assets. Huobi’s fiat on-ramp will enable users to switch from Lira to USDT, and from there to access hundreds of cryptocurrencies.

“Beginning with the landmark introduction of TRY/USDT trading, we will continue to demonstrate our deep commitment to the community via localized approaches to grow the market directly from our team in Istanbul,” said Mohit Davar, Regional President of Huobi Group. He also explained the progress that has been made in establishing a local team to head up Huobi’s community, customer service, and business development efforts in the country.

The Lira has struggled to retain its value against the US dollar, against a backdrop of geopolitical conflict, saber-rattling from the Trump administration, and much more than that in Syria. Given the circumstances, its citizens’ desire to seek sanctuary in cryptocurrency is understandable.

Boots on the ground to boost blockchain business

In June, Huobi unveiled its official entrance into Turkey with the promise to roll out a number of services, localized to suit the needs of the population. The Eurasia Blockchain Summit gave the company the perfect platform for providing an update on its progress. Everything appears to be on track, including the provision of experienced staffers to lead developments in the country with a view to mentoring blockchain businesses.

A lot of the discussion at the summit revolved around ways in which enterprise and government adoption of blockchain technology can be accelerated in Turkey. Its government has previously declared its intention to create a national blockchain infrastructure to support the real-world deployment of blockchain in the public sector. Turkish government officials and c-level representatives were among those who met with Huobi representatives at last week’s summit, where the mood was upbeat and talks were described as productive.

Cryptocurrency exchanges are increasingly recognizing the value of building customer loyalty through rolling out services that are tailored to reflect geographical preferences. Some of these initiatives, such as Binance’s decision to split its exchange into multiple offshoots, including a US arm, have also been driven by regulatory stipulations. Huobi now serves more than 130 countries, and its decision to double down on the Turkish market is evidence of an ongoing strategy to focus on countries where the thirst for crypto has yet to be sated. On that basis, Turkey ticks all the right boxes.