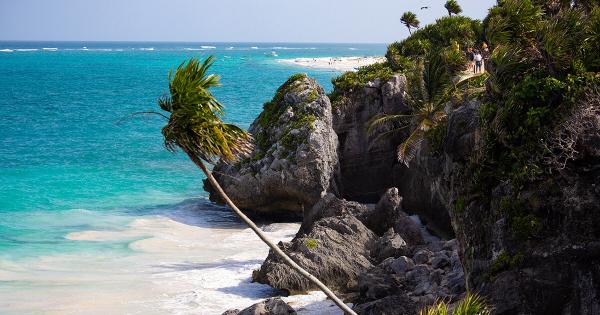 Crypto conglomerate Circle announced that it will be moving the majority of its operations offshore, as regulatory uncertainty has made servicing U.S. customers increasingly difficult. The company received a full Digital Assets Business Act license in Bermuda for Poloniex, a cryptocurrency exchange it runs.

Another crypto company leaving the U.S.

The increased regulatory uncertainty about the future of the crypto industry in the U.S. has forced many companies to move their operations to more crypto-friendly markets. Bermuda, which recently imposed a comprehensive regulatory framework regarding digital assets, has been a favorite destination for up and coming crypto companies looking for a stable environment.

Circle, a global blockchain finance company, announced that it will be moving most of its operations to the island. The mounting regulatory pressure and general uncertainty about the future of the crypto industry have made it almost impossible for the company to maintain its market share.

In a July 22 blog post, Circle said that the Bermuda government granted the company a “Class F” license under their Digital Assets Business Act of 2018 (DABA). The license will enable Circle and Poloniex, the cryptocurrency exchange it operates, to provide payment services, custody, exchange, trading, and various other financial services that utilize cryptocurrencies.

The company’s move to Bermuda will allow it to offer “many new digital asset services” to its non-U.S. customers. Nevertheless, Circle’s operations in the U.S., Ireland, the U.K., and Hong Kong will continue to operate normally.

Circle wants to regain its market share by moving to Bermuda

After acquiring Boston-based Poloniex in February 2018, Circle struggled to retain the exchange’s huge market share. According to data provided by crypto researcher Larry Cermak, Poloniex had a 58 percent market share in April 2017. This is a far cry from the 1 percent share it has in the crypto market it has now.

Jeremy Allaire, CEO of Circle, also cited “increased regulatory pressure” for firing at least 30 employees earlier in May. However, the company said that it plans on hiring 30 more employees to their Bermuda entity in the next 24 months.

The move to Bermuda will help the company revitalize Poloniex, with Circle saying that their Bermuda-based operations will handle almost all of the exchange’s users that are outside of the U.S. Allaire said that both Europe and Asia are “pretty significant markets” for the company and that the Bermuda move will help them better serve those markets.

Premier David Burt, a Bermudian government official working closely with Circle, told Forbes that the country’s relationship with the company will bring more growth and innovation to the region.

In a historic moment in Congress, pro-cryptocurrency representatives warned the House of Representatives of the “unstoppable” power of Bitcoin, calling for the United States to clarify regulations and seize the lead in blockchain innovation.

In a recent briefing held by the United States Secretary of the Treasury Steven Mnuchin, the United States government revealed its stance on cryptocurrencies and the efforts it will carry upon to regulate Bitcoin because of its use in criminal activity and the threat it poses to the financial system.

SEC commissioner Hester Peirce—the highest position in the agency second to the chairman—implored the Commission to provide regulatory clarity to the crypto industry.