Bitcoin, a decentralized currency that defies the sway of central banks or administrators, transacts electronically, circumventing intermediaries via a peer-to-peer network. These transactions are authenticated by network nodes through cryptography and recorded on the blockchain, a ledger accessible to all.

The mastermind behind Bitcoin referred to as Satoshi Nakamoto, remains unknown. The birth of Bitcoin, as outlined in a 2008 whitepaper, involved the conception and initial implementation of the software. Still, the true identity of the individual or group behind the pseudonym remains elusive.

Proof of Work (PoW), a consensus mechanism utilized in blockchain tech, validates transactions and adds new blocks to the chain. “Miners,” users who engage in a race to solve a complex mathematical puzzle, compete, with the victor being granted the right to add the next block to the chain and collect a reward.

The puzzle, which is designed to be challenging to solve but easy to verify, enables the network to be confident in the solution’s accuracy and the block’s legitimacy. Solving the puzzle requires a significant amount of computational power and energy, which is why mining is also known as mining. Bitcoin adopts PoW as its consensus mechanism.

Proposed solutions to this scalability issue include increasing the block size limit, implementing off-chain scaling solutions, and using second-layer solutions such as the Lightning Network. Yet, none of these solutions have been fully executed. It’s crucial to remember that scalability is not the only issue Bitcoin faces. As the network continues to grow and evolve, other issues may arise and become increasingly significant. 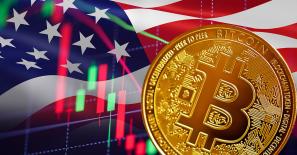 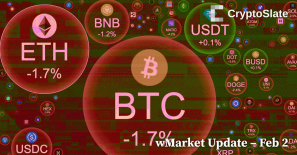 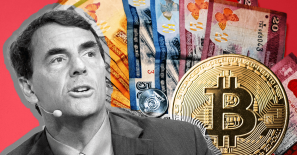 Sri Lanka rejected Tim Draper's proposal to introduce a Bitcoin-based economy and said it will not solve the country's issues.

All images, branding and wording is copyright of Bitcoin. All content on this page is used for informational purposes only. CryptoSlate has no affiliation or relationship with the coins, projects or people mentioned on this page. Data is provided by CoinMarketCap, Coinpaprika and TradingView.