Bitcoin’s boom against altcoins proves the rally to $9,000 is legitimate

Bitcoin and cryptocurrencies have experienced a massive surge over the past 10 days. 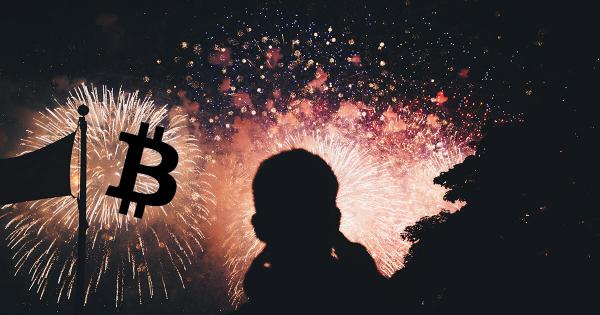 Photo by Hermes Rivera on Unsplash

Bitcoin and cryptocurrencies have experienced a massive surge over the past 10 days. After trading in the $7,000s for weeks on end, BTC finally saw a breakout to $9,500 just last week, since settling into a consolidation pattern a few percentage points shy of the high.

Some have been skeptical about if the positive trends exhibited in this rally will hold.

Yet one prominent trader says that the simple fact Bitcoin has recently strongly outpaced altcoins gives credence to the recent leg up.

As CryptoSlate detailed extensively, cryptocurrencies like Tezos, Chainlink, and Cardano were all seeing strong gains against Bitcoin due to an influx of positive developments regarding their network fundamentals.

It was a trend that caused Bitcoin dominance — the percentage of the aggregate value of all cryptocurrencies that consists of BTC — to fall from 66 percent at the start of April to 63.4 percent just weeks later. It may be only a 2.6 percent move, but considering this is a market worth hundreds of billions.

This trend changed last week, however, when Bitcoin surged 20 percent within 48 hours.

As analyst “Light” pointed out, during BTC’s rally to and past the key $9,000 resistance level, there was a “marked decoupling between Bitcoin and altcoins in the last week as we move into the halving.”

This was accentuated in the chart below, which shows that BTC (highlighted in BTC) easily outperformed large-cap altcoins since the end of April. This bifurcation has caused BTC dominance to snap back to 66 percent.

Seeing a marked decoupling between Bitcoin and alts in the last week as we move into the halving.

Bitcoin's relative outperformance as fiat pours into it and participants cycle out of alts and into BTC marks this latest leg up as more credible. pic.twitter.com/VaY9MVU9rc

This is good for crypto’s trajectory

Light believes that BItcoin’s relative performance is a clear sign that this market has seen an influx of fiat buying activity, resulting in “market participants cycling out of alts and into BTC.”

This is important as the analyst concluded by writing that the influx of fiat-to-BItcoin purchases makes the ongoing move that much “more credible.”

This metric reaching an all-time low is significant because it suggests that the speculative contracts, the futures, “no longer dominate the price of Bitcoin,” Bitazu Capital partner Mohit Sorout explained to me in a recent interview.

Instead, it was spot/fiat markets that were “leading this uptrend.”

Sustainable rallies are built on consumers and institutions buying ‘physical’ Bitcoin, not participating in longing futures contracts. The leverage that comes alongside derivatives always has to unwind eventually while holders of BTC never need to sell, especially if they are already profitable in their investment.