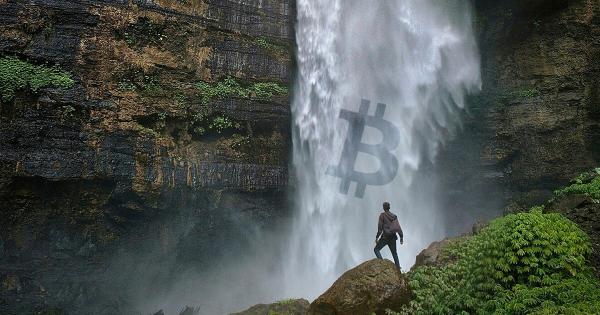 The crypto market lost $14 billion overnight as the Bitcoin price dropped from $9,200 to $8,600 by more than 6.5 percent. The correction occurred with less than seven days left to go before the highly anticipated block reward halving initiates on May 12.

A block reward halving is a mechanism that is triggered once every four years which reduces the rate of Bitcoin production.

Historically, a halving imposed a positive long-term impact on the price of Bitcoin. But, in previous halvings, BTC recorded pre and post halving pullbacks.

Why is the crypto market selling off as halving nears?

The crypto market tends to front-run most events that can have a significant effect on the price trend of a major cryptocurrency.

Ahead of a major happening such as a Bitcoin halving, the price of BTC typically sees a large rally as the euphoria surrounding the narrative intensifies.

But, as the halving approaches, the interest in the event starts to decline. For that reason, Bitcoin saw steep pullbacks after every previous halving.

Technically, there are many factors that pointed toward a sizable correction when Bitcoin was hovering over $9,000. As the Bitcoin price rose to as high as $9,500, it faced a strong overhead resistance area dating back to 2017. Rising above $10,000 would have meant that the start of a new cycle for Bitcoin, breaking out of a three-year range.

Momentum oscillators and technical indicators including the Relative Strength Index (RSI) showed overbought conditions for Bitcoin at macro time frames, suggesting that a sell-off is imminent.

On the fundamental side, the Bitcoin blockchain network did not see a considerable increase in user activity, unique addresses growth, and the number of daily transactions.

The number of unique addresses used topped at over a million addresses in 2017. Since then, it has struggled to rise above 700,000 addresses.

Apart from the rising sentiment around the crypto market due to the imminent Bitcoin halving, there is a lack of compelling technical and fundamental factors to supplement an extended rally in the $8,000 to $9,000 range.

Various data points indicate that a post-halving Bitcoin pullback is more likely than the continuation of a bullish trend.

But, the crypto mining industry is thriving with merely a week out until the halving is activated.

If the Bitcoin price had stayed in the $6,000 to $7,000 range, it would cause many over-leveraged miners and mining machines to shut down heading into the halving. The capitulation of small miners can lead to additional selling pressure on the crypto exchange market, fueling the downtrend of crypto assets.

The gloomy short-term outlook of the crypto market is leading the market to correct before the halving. Yet, rising hash rate suggests that the long-term strength of the crypto and the Bitcoin market remains intact.

Both Bitcoin and Ethereum have seen stellar performances from their 2020 lows, both gaining 140 percent since the “Black Thursday” crash seen on March 12 and 13.