With Cardano’s (ADA) Shelley on the way, long-term plans are being set Priyeshu Garg · 3 years ago · 5 min read
This article is more than 2 years old...
News › Cardano › Technology

Charles Hoskinson, the CEO of IOHK, joined in on an episode of The Cardano Effect podcast to go over some of the details regarding the launch of Shelley. 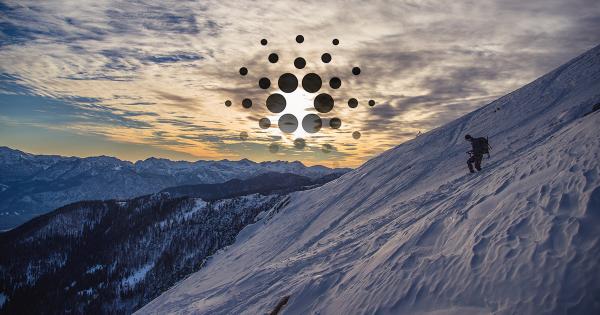 Charles Hoskinson, the CEO of IOHK, joined in on an episode of The Cardano Effect podcast to go over some of the details regarding the launch of Shelley. However, more long-term plans for the Cardano network, such as multi-asset wallets, reducing the blockchain size, and adding another proof of merit to the network apart from ADA, were also laid out.

Last week, Charles Hoskinson, the CEO of IOHK, laid out the process in which Shelley, Cardano’s staking era, will be rolled out. This was the first time the entire launch was explained in great detail, highlighting all of the processes that will need to be completed to bring full decentralization to the network.

Hoskison then joined in on an episode of The Cardano Effect podcast to discuss some of the details and answer questions from the community.

One of the first questions addressed in the podcast was the issue of transferring ADA from the Incentivized Testnet (ITN) to the Shelley mainnet. Hoskinson said that only the rewards made from staking on the network will be transferred to the mainnet, not the ADA that was included in the snapshot.

For example, if a user had 10,000 ADA during the snapshot, 10,000 ADA was duplicated on the ITN. If the same user made 1,000 ADA from staking rewards, his ITN balance would be 11,000 ADA. However, when withdrawing funds to the mainnet, only the 1,000 ADA made from rewards would be transferred, not the entire balance.

Hoskinson also addressed the question of how the decision of when to decrease the percentage of blocks being produced by the Cardano federation will be taken. The decrease, described with a d-parameter, will be updated manually, he explained, with the IOHK being the entity that chooses when the parameter will decrease.

Keeping the update manual was a decision made way before the ITN was launched, he said, which is why it was kept as simple as possible. He anticipates that a decision how much to decrease the parameter will be made every 4 to 5 days, but that it will most likely follow a predetermined schedule.

“There is no reason to believe that the process will last more than two months”.

All of the metrics that will need to be achieved in order to decrease the parameter, i.e. reduce the number of blocks being produced by IOHK, the Cardano Foundation, and Emurgo, will be shared with the public. The only reason they haven’t been released yet, Hoskinson said, is because a post mortem needs to be done on the testnet once it shuts down.

When it comes to large exchanges updating to Shelley, Hoskinson said that they will need between 4 and 6 weeks to update their software, which is why the update window will last around 1,5 months. Exchanges that support ADA and fail to upgrade to the new Shelley code will have trouble validating transactions, as the old Byron code won’t be able to recognize the newly implemented Bech32 address format.

IOHK also doesn’t expect Daedalus to have any connectivity issues during the transition to Shelley. If some issues due arise, that will most likely be due to problems with the Windows OS. Updating to Daedalus Flight will be able to solve most of these minor issues for users.

The topic of hard forks on the Cardano networks was also heavily discussed during the podcast. Multiple users wondered whether or not hard forks would be possible once Shelley launched, to which Hoskinson replied that it’s still a work in progress.

Bitcoin and Ethereum have hard forks of the networks live outside the system, while the Tezos protocol has its hard forks on-chain and is aware of their existence. According to Hoskinson, Cardano will most likely have a hybrid approach towards hardforks. The Cardano Improvement Proposals (CIPs) will make hard forks possible and the system will be able to distinguish between the forked systems. The hard fork combinator still needs a lot of work, with Hoskinson saying it will evolve eventually.

The hard forks that do occur on the network will not be able to birth new coins like Bitcoin and Ethereum’s hard forks did. It will be the same ADA  on all the chains that come out of Cardano.

That doesn’t mean that there won’t be other crypto assets on Cardano. Hoskinson said that Daedalus was designed to be a multi-asset wallet from the start because Cardano itself was designed to be a multi-asset network. When it comes to the concrete mechanisms that will allow the network to support various cryptocurrencies, Hoskinson said that the Daedalus backend can be reparameterized to accept any coin. It will work similar to the experience on the Ledger Live wallet, where users can download apps that support individual coins.

IOHK will prioritize cryptocurrencies in the IOHK family, such as Ethereum Classic (ETC), Ethereum’s hard fork Hoskinson supported. However, the option will also be open to companies that were willing to pay Cardano operators to host their coins on the network. No information about the cost of hosting was given.

Getting as many users to download and use Daedalus even if they don’t use ADA is one of IOHK’s main goals. As Daedalus itself acts as a full node on the Cardano network, the more downloads it gets, the stronger and more decentralized the network becomes.

Some of the teams working on Cardano are currently looking into ways they can combine the security of a full node with the ease of use of a light wallet client into a single product. It is unclear whether this will be implemented to Daedalus or a new wallet will be built.

Nonetheless, Hoskinson believes that the problem with wallet size will be completely solved in the next 3 to 5 years. As more people and entities begin using the network, the larger the blockchain becomes, and therefore harder to store on individual devices. The problem IOHK is working on is how to ensure that everyone can use the blockchain fully no matter how big it gets. Hoskinson said that recursive SNARK protocols will enable this to happen.

No major dates were given for future updates, but Hoskinson did note that Daedalus Flight will have support for the Ledger wallet integrated in 3 to 5 weeks. The full firmware for Daedalus should be done by June or July, as the company contracted to complete it will have its 90 deadlines expire in late June. 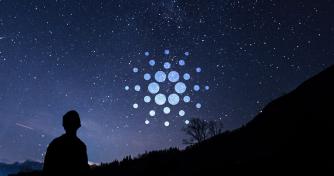 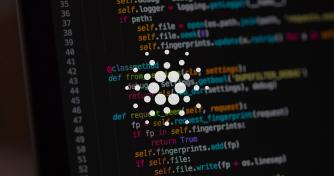 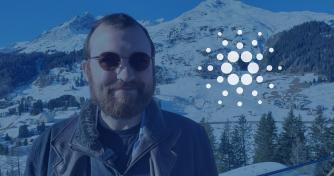