The cryptocurrency market is currently awash with hundreds of different innovative projects. 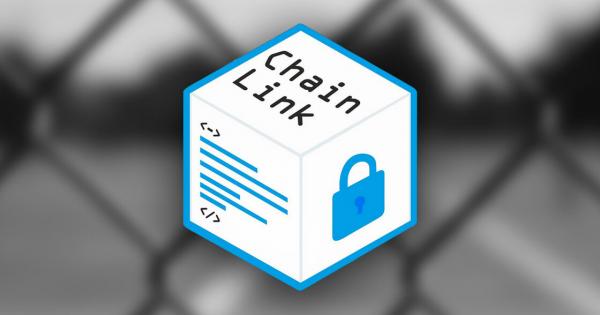 The cryptocurrency market is currently awash with hundreds of different innovative projects. Many of these blockchain projects are highly vocal regarding their development process, spending a significant amount of capital on marketing. Others, however, are quiet achievers, and often fly under the radar. Chainlink is one such platform.

Chainlink is an interoperability-focused project that has been quietly working on solving the connectivity problem that is present in the current blockchain ecosystem. Put simply, Chainlink wants to make it possible for blockchain-based smart contracts to connect to any and all external systems.

What exactly is Chainlink, and why has it broken out over the last week? In this article, we’ll take a look at the Chainlink project and find out what it’s planning to deliver over 2018.

Chainlink is described as a decentralized oracle service and is the first platform of its kind. The Chainlink solution takes the smart contract functionality first introduced by the launch of Ethereum back in 2015 and aims to bring it to the rest of the world, while smart contracts are powerful tools, they’re largely limited in use to blockchain-specific applications.

The Chainlink solution makes it possible for smart contracts to leverage Chainlink oracle services in order to communicate with off-chain systems and APIs.

Through Chainlink oracles, smart contracts are able to source data from off-chain pools and bring it on to the blockchain. This is a pretty big deal, but it does raise a number of questions.

What if inaccurate data on the price of a security is transmitted to the blockchain? A smart contract that draws incorrect data from an off-chain source could execute the wrong function. How does Chainlink verify data to ensure it is valid?

Chainlink’s answer to this question is decentralization. By creating a decentralized oracle network that uses smart contracts to verify oracle integrity, order match, and aggregate results, Chainlink ensures that all off-chain data brought on-chain is valid.

The Chainlink solution is the brainchild of Sergey Nazarov. While Nazarov holds some experience building peer-to-peer marketplaces, the Chainlink platform is, surprisingly, his first blockchain project. Nazarov is backed up by Steve Ellis, a software engineer that has constructed scalable payments automation software for Pivotal Labs.

While Chainlink boasts a strong Reddit community, the Chainlink dev team is somewhat recalcitrant in posting social media updates via their Medium or Twitter accounts, with the last update going out before Christmas 2017.

Despite the relative radio silence from the Chainlink dev team, it appears they’re more interested in pushing out a steady stream of commits to the Chainlink GitHub rather than hype their coin… A refreshing change in the overhyped crypto market, indeed.

Chainlink definitely does have ammunition to spare when it comes to hype, however. Despite flying under the radar of many crypto market investors, Chainlink has already partnered with SWIFT and is working with them on the SWIFT Smart Oracle. Chainlink is also partnered with Cornell’s IC3, and has been selected by the World Economic Forum’s report as the “Shift in Action” for smart contracts.

Oracles are an increasingly important element of the evolving blockchain ecosystem. Blockchains are typically unable to access data external to their own network, which makes it difficult to integrate off-chain assets into on-chain networks.

Oracles function as agents that find and verify real-world data and then bring this data on-chain to be integrated into smart contracts. 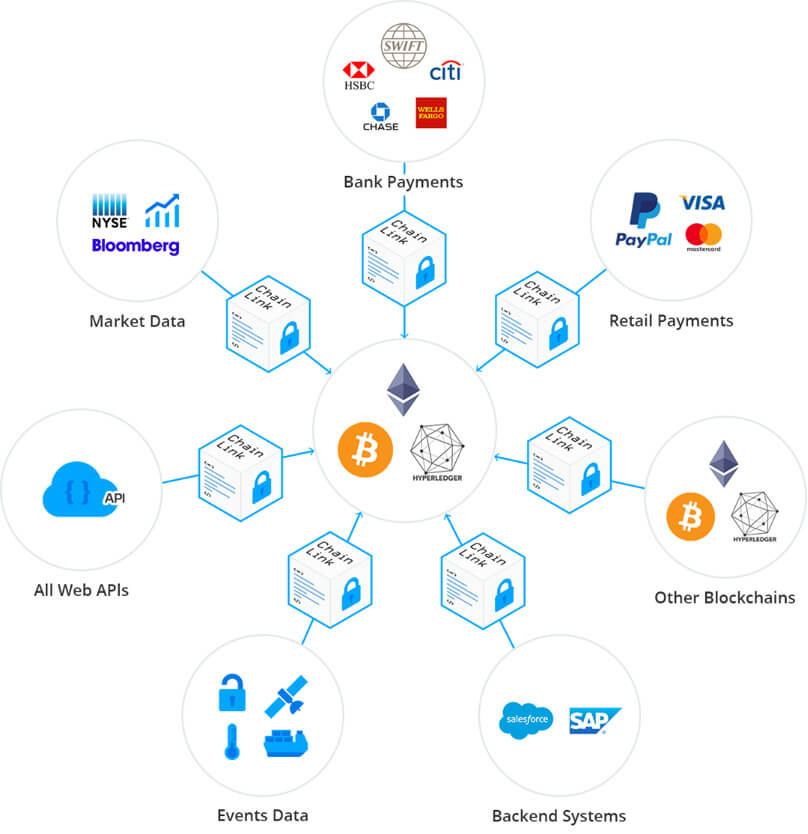 The Chainlink project is currently focused on creating a decentralized network of oracles that are compatible with the Bitcoin, Ethereum and Hyperledger blockchains. From a technical perspective, the Chainlink system begins with on-chain contracts deployed on the Ethereum blockchain.

These smart contracts process data requests from network users that want to take advantage of the oracle services Chainlink provides. In order to access off-chain data, users submit smart contracts to Chainlink, which then processes these contracts into Chainlink-specific contracts. 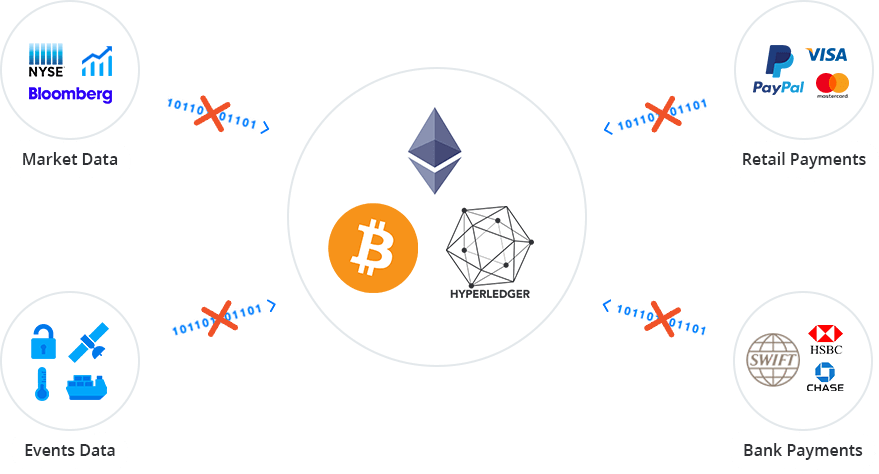 The second element of the Chainlink solution is a series of off-chain oracle nodes that connect to the Ethereum blockchain. At this point in time Chainlink is only able to communicate with Ethereum-based smart contracts, but the Chainlink team aims to shift to a blockchain-agnostic solution in the future.

Off-chain nodes gather the information requested by user-submitted contracts when they win a bid. After delivering the requested data, these nodes are paid in the native token of the Chainlink platform, LINK.

The Future of Chainlink

The tight-lipped Chainlink dev team has not released a roadmap for 2018 but the Chainlink testnet is currently live, with a launch of the simplified mainnet expected in Q1 2018.

The hands-off approach to marketing taken by Nazarov does appear to frustrate some community members, but the sacrifice made in brand placement and hype appears to have allowed the Chainlink dev team to make significant progress on their project.

While the Chainlink project may seem complex, it could be a powerful game-changer for the way blockchain networks interact with off-chain systems. The project could definitely benefit from more communication from the development team, however.