For the longest time, a common narrative in the Bitcoin market has been that if the United States dollar rallies, the price of BTC will fall — just as the price of gold normally trends higher on a weak dollar. 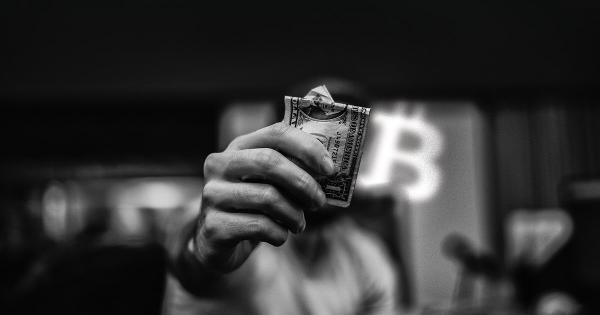 For the longest time, a common narrative in the Bitcoin market has been that if the U.S. dollar rallies, the price of BTC will fall — just as the price of gold normally trends higher on a weak dollar.

Though even COVID-19 and the subsequent lockdowns have ravaged the world economies, forcing the dollar dramatically higher against foreign currencies, Bitcoin has surged higher — as has gold, now at an over-five-year high.

A prominent Wall Street veteran expects this unorthodox trend of the dollar and Bitcoin rallying in tandem to continue.

The dollar is poised to rally even further than it has, and that’s bullish for Bitcoin

Since the start of the year, the U.S. Dollar Currency Index (DXY) — the U.S. dollar’s performance against a basket of foreign currencies — has rallied up 3.5 percent.

While for cryptocurrency traders who are used to five percent+ swings a day, this may not sound like a lot. But, considering foreign exchange is a market of literally trillions, 3.5 percent is a massive move.

According to Raoul Pal — the former head of hedge fund sales at Goldman Sachs and the CEO of Real Vision — the dollar is poised to continue to surge higher as companies begin to default on dollar-denominated debt due to COVID-19:

“But the dollar will continue to rise as demand for dollars rises. And that in turn slows global growth, making the dollar shortage worse and the solvency crisis worse as cash flows fall globally, which makes dollar in even short supply.”

To Americans or those who are holding U.S. dollar assets, this may sound like a good thing:  a rallying dollar means traveling and buying foreign goods can be done on the cheap.

But Pal believes that this could result in the fiat system “breaking,” which would force policymakers to flock for a “Non-US Dollar dominated currency system.” Bitcoin, he has claimed, is a candidate for such a system:

“Bitcoin is an entire trusted, verified, secure, financial and accounting system of digital value. […] It is nothing short of the future of our entire medium of exchange system, and of money itself and the platform on which it operates,” Pal wrote in a recent newsletter.

Importantly, Pal added that there is a world in which he’s wrong and the dollar actually begins to trend lower, potentially due to the trillions of dollars being printed to stimulate the global economy.

But even then Bitcoin will outperform, as it would likely assume its growing role as a safe-haven trade amid macroeconomic pressures.

Not the only factor boosting the Bitcoin bull case

A strong dollar isn’t the only factor Pal believes is bolstering the Bitcoin bull case.

The Bitcoin block reward halving that transpired earlier this month, coupled with the simultaneous quantitative easing strategies by the world’s central banks, proves BTC will “win.” As he explained:

“This is the one of the best set ups in any asset class I’ve ever witnessed…technical, fundamental, flow of funds and plumbing. All. Now.”

Pal did not mention a price prediction in this latest Twitter thread, but the Wall Street veteran has recently begun to tout a prediction that Bitcoin will hit $500,000 in the coming years.

As reported by CryptoSlate previously, the Real Vision chief executive recently shared to Max Keiser, a prominent Bitcoin investor and broadcaster, that he thinks it’s entirely feasible that BTC will start to compete against gold’s market capitalization of $9 trillion:

For reference, a $10 trillion market capitalization coincides with over $500,000 per coin, assuming BTC’s supply is under 20 million coins.

Backing this lofty prediction, Pal has also cited the stock-to-flow model from Bitcoin quantitative analyst “PlanB.” A new version of the model, which is accurate to a 99.7 percent R squared, predicts that Bitcoin’s average price in the ongoing era (2020-~2025) will be $288,000.