It’s no secret that 2020 has been a crazy year for the crypto markets, with Bitcoin incurring an intense and unwavering uptrend throughout January and February, before erasing all of these gains and nearing its 2018 lows in a sharp movement seen on March 12th. 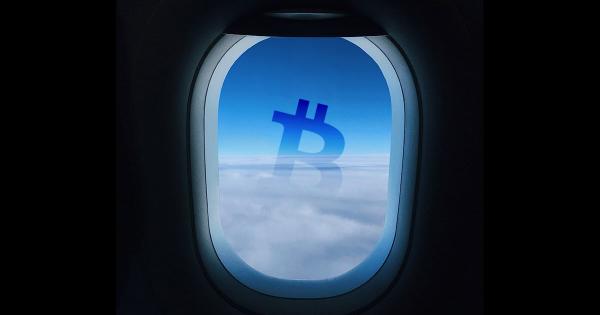 It’s no secret that 2020 has been a crazy year for the crypto markets, with Bitcoin incurring an intense and unwavering uptrend throughout January and February, before erasing all of these gains and nearing its 2018 lows in a sharp movement seen on March 12th.

Data now shows just how significant this movement was, with it leaving a massive trail of destruction in its wake.

One prominent analyst is now noting that he believes the severity of this move makes it an obvious occurrence of capitulation, a bullish sign that means these lows could mark a long-term bottom for BTC.

On March 12th – a day that many investors are now referring to as “Black Thursday” – Bitcoin saw unprecedented price action that will likely leave an everlasting imprint on investors’ memory.

After declining from its mid-February highs of $10,500, BTC had found some stability within the $8,000 region, which is where the crypto was engaged in a bout of sideways trading before the capitulatory selloff occurred.

After breaking below $8,000, the benchmark cryptocurrency began a sharp descent that led it as low as $3,800.

According to data from research and analytics platform Skew, this decline – and the subsequent rebound to over $5,000 the next day – resulted in over $1.6 billion in liquidations on cryptocurrency trading platform BitMEX.

It also appears to have led to an exodus of investors from the market, as Bitcoin’s open interest on BitMEX plummeted by 40 percent following the movement.

Mohit Sorout – a partner at Bitazu Capital and a prominent trader – spoke about these two occurrences, explaining that these signs point to this decline marking capitulation.

“$1.6 billion got liquidated within a span of just 48 hours; 40% of $BTC open interest was obliterated; MMs & even mildly leveraged market participants got [blown out]. If you don’t think that was capitulation then Satoshi help us all.”

What does this mean for BTC going forward?

Historically, capitulation precedes the establishment of long-term bottoms, and this notion is supported by Bitcoin’s rebound from these mid-March lows to the $7,000 region – almost climbing by 100 percent.

While looking towards recent Skew data, open interest on BitMEX still remains stagnant, suggesting that traders who were adversely impacted by this volatility are still unsure of what to expect.

Retail investors, however, still appear to remain confident in the market, as data from TokenAnalyst shows that exchanges have not seen any abnormal outflows of Bitcoin over the past 30 days, a sign that investors aren’t fleeing the market.

If Bitcoin continues pushing higher as buyers attempt to recoup its recent losses, it will further bolster the idea that $3,800 is a long-term bottom and that this capitulation flushed over-leveraged traders, who will now have to reenter the market to catch its next uptrend.

March 12th is a day that will live in infamy for the crypto markets, with investors watching Bitcoin lead the entire market in an unprecedented downwards movement that led some altcoins to decline as much as 50 percent or more in a matter of mere hours. 2 min read

It would be fair to say that Bitcoin didn’t perform too well in March. 3 min read