Fears of a dystopian future grow louder, but Congressman Emmer says the U.S government doesn't want to control its citizens. 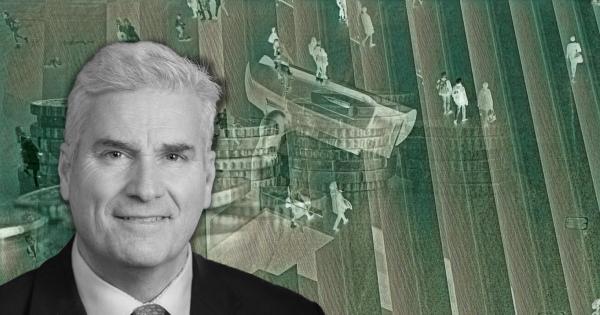 Speaking to Forbes, Congressman Tom Emmer dismisses the notion of a Fed Coin showdown with cryptocurrency. Saying the crypto movement is too strong to be crushed, even by the Federal Reserve.

In recent times, authorities have ramped up talk of introducing central bank digital currencies (CBDCs). With that, fears over the loss of sovereignty have gotten louder.

But Congressman Emmer sought to reassure U.S citizens by saying, “that’s not the American way.”

When it comes to CBDCs crushing cryptocurrencies, Congressman Emmer dismissed the notion as “extremely naïve.” Adding, if that were possible, cryptocurrencies would never have existed in the first place.

Citing the story of Satoshi Nakamoto and the motivation to build an alternative financial system following the 2008 crash, he said this movement has grown stronger with each passing day.

More so, Congressman Emmer raises the point that the U.S is based on free markets and entrepreneurialism. He said freedom extends to “any dumb schlep,” like himself, being able to build the next big business from nothing, such as how Harley Davidson, Walt Disney, and Amazon came into being.

The U.S government is all about prosperity through free markets, he said. It has no interest in prying into the lives of its citizens and controlling people to a mandate – that is un-American.

“That’s what this country is about. It’s not about government being able to control your debit card and tell you oh for goodness sake Jason and Tom, you are smoking, we’re going to have to limit your ability to do that because if you follow the science that’s good for your health and we are the overseers of all that is good. That’s not the American way.”

The Federal Reserve has been cagey on the digital dollar in the past. But recent reports indicate the project is in full swing.

During a congressional hearing earlier this month, Fed Chair Jerome Powell said the main incentive for a Fed Coin is the elimination of cryptocurrency. A view in direct opposition to Congressman Emmer on the matter.

Having said that, Powell isn’t completely sold on the idea of a Fed Coin. In 2019, speaking at a conference in Zurich, Powell raised cybersecurity concerns and whether people actually want a Fed Coin. Especially considering the number of payment platforms already in existence.

“It’s also not clear to us that there is demand for this. You know, consumers have plenty of payment options, they’re not clamoring for this.”

However, due to China’s stab at a CBDC, some believe the Fed has no option other than to release their own.

In a historic moment in Congress, pro-cryptocurrency representatives warned the House of Representatives of the “unstoppable” power of Bitcoin, calling for the United States to clarify regulations and seize the lead in blockchain innovation. 9 min read

Two congressmen are introducing a bill that would exclude digital currencies from securities classification and substantially improve the tax treatment for cryptocurrencies. 5 min read