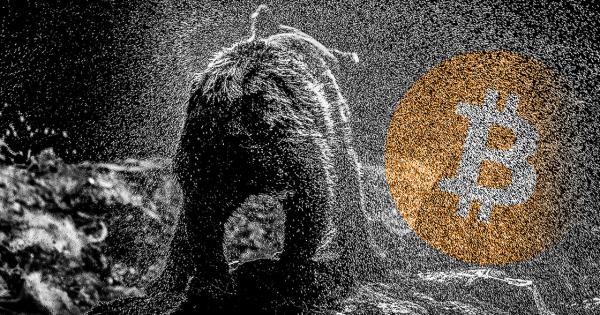 From a local peak on July 12, Bitcoin tanked from a high of $11,950 to a low of $9,857. Meanwhile, most altcoins experienced even larger double-digit losses. Some of the biggest losers include Ethereum, Bitcoin Cash, Litecoin, and Bitcoin SV—dropping 16.8 to 21.6 percent while XRP held strong relative to BTC.

Following President Donald Trump’s negative tweet about Bitcoin and cryptocurrency, the markets went on to rally and peak 21 hours later at a high of $11,950. Since then, the markets have gone into a downtrend—even monetarily going below $10,000 support. From its peak to the current price of $10,075, BTC lost 15.7 percent.

Aggregate sentiment among popular cryptocurrency traders and analysts was bearish, with many forecasting a potential breakdown to sub $9,000 levels.

Uhhh, this is what I expected without the wick.
With the wick on top, this looks utter garbage.
Pray to god this weekly doesn't close like this, if it does I'll be looking for 8000 minimum. pic.twitter.com/q5Iu0NpbAF

$BTC
Hold off on your bearish bias until that weekly closes in 2 hours. Could see us potentially reclaiming $11k here before then, as a surge to close the 1W.
IF the new 1W opens & this one is looking like garbage, look for $9.5k-$10k touch, with $9.1k & $8.6k below if needed. pic.twitter.com/M9XtkRpxgF

A strong daily close through that level would be good evidence that sellers are in control. Losing $10,500 would support that idea.

Weekly chart looks heavy with price being accepted below $11,700 area.

Top Goon X is no joke

I warned earlier this week that a bounce to the 0.786 fib is usually a strong short opp according to my indicator

Last time BTC got a dcb signal it dropped 35% which is $8.4k pic.twitter.com/x2jLHwurP2

These are my ETH levels.
I'll keep an eye on any kind of accumulation in the green zone this week.
If that should happen I'd play the bounce and reshort either $230 or $270.
If it doesn't ETH is in major trouble.

The ETH/BTC pair is trading at its lowest since May 17, 2017, (when a single Ether was trading for $35) at a range between 0.021 and 0.022 BTC per coin. Although some say Ethereum will lead the next altcoin run, there are others who suggest another altcoin run comparable to what happened during the 2017-18 bull market is unlikely to reoccur.

As asserted by popular analysts, if Bitcoin closes below $10,000 it may be wise to hedge a portfolio with Tether or USD Coin until the market returns to a bullish short-term trend.