According to Dovey Wan, founder at Primitive Ventures, the Hong Kong Securities and Exchange Commission (SEC) is set to release a crypto exchange application guideline. 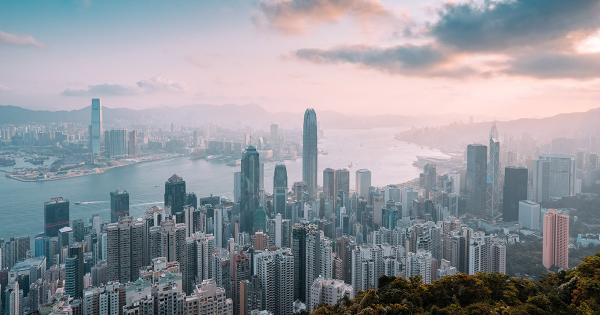 According to Dovey Wan, founder at Primitive Ventures, the Hong Kong Securities and Exchange Commission (SEC) is set to release a crypto exchange application guideline.

“Hong Kong SEC will announce detail in about an hour regarding cryptocurrency exchange application criteria. Considering Huobi has already backdoor listed on HKex, this will definitely play them a huge favor to be the first legalized Chinese crypto exchange.”

The decision of the Hong Kong SEC to establish a direction for local crypto exchanges comes after the introduction of a national blockchain initiative by the Chinese government.

Is this big for the global crypto market?

Over the past two years, ever since the official imposition of a cryptocurrency trading ban by the government of China, most traders in the region are said to have moved into the Hong Kong cryptocurrency exchange market.

Many Chinese investors trade cryptocurrencies through over-the-counter (OTC) trading platforms based in Hong Kong, by selling and purchasing stablecoins like Tether (USDT) with a slight premium.

As said by Wan, the establishment of a clear guideline for crypto exchange applications could benefit exchanges that are used by Chinese investors like Huobi.

“Huobi is an effective Chinese exchange – run by Chinese team locally in mainland serves primarily Chinese customers. They spent huge effort to re-structure into a ‘foreign company’ after the 2017 China crypto ban. And the cost of the Hkex shell is not cheap too.”

It would also grant crypto exchanges a strong legal basis to operate within Hong Kong, which could potentially solve banking services-related issues cryptocurrency trading platforms have struggled to deal with.

Still, Bitspark CEO George Harrap said that the proposal has been out for a year and that it is not thought of as an important framework by local communities.

“This proposal is been out for 1 year already. It’s opt-in, only applies to securities and limited only to institutional customers. Anyone joining also needs insurance that doesn’t exist. No bitcoin exchanges will be joining as bitcoin is not a security.”

Not just for Huobi

The guideline from the SEC is expected to positively affect most exchanges based in Hong Kong that primarily facilitate trades for investors based in mainland China, if the guideline is not restricted to institutional customers as some local analysts predict.

It also means that as cryptocurrency exchanges in Hong Kong are allowed to maintain operations on a more stable footing with clarified regulatory frameworks, it will create a more practical environment for investors in China to invest in the asset class.

However, Chinese state-owned newspaper People’s Daily reported on a column released on Nov. 4 that the government vehemently against speculation around crypto assets and that its positive stance towards blockchain development does not necessarily equate to crypto investment. The People’s Daily said:

George is CEO and Co-Founder of Hong Kong-based Bitspark which makes crypto available to everyone by merging cash-based markets with the digital experience, and tailored solutions for each of the world’s 180+ fiat currencies. Learn More

In 2014, Bitspark was the first to send a cash in, cash out Bitcoin transfer between Hong Kong and the Philippines. Learn More