With Hong Kong facing a shortage of cash due to defunct ATMs and the crash of PMC Bank in India leaving almost a million people without access to their accounts, Bitcoin could emerge as the savior of those facing financial crises. 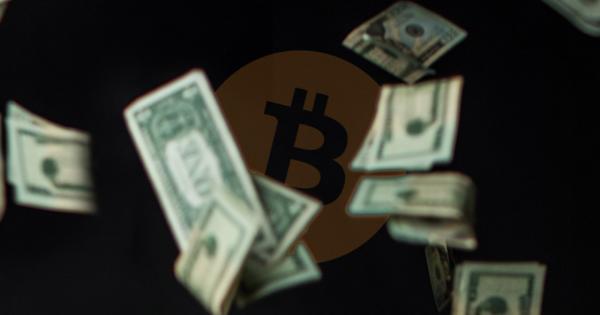 With Hong Kong facing a shortage of cash due to defunct ATMs and the crash of PMC Bank in India leaving almost a million people without access to their accounts, Bitcoin could emerge as the savior of those facing financial crises.

The four-month-long protests in Hong Kong, which began after the city’s legislative council proposed a controversial extradition bill, has now hit critical mass as citizens fight to remain free of mainland rule. The proposed bill would allow Hong Kong to extradite its citizens to mainland China, opening the way for greater control from China’s central government.

What began as a peaceful protest four months ago turned into a violent riot after Hong Kong passed an emergency regulations ordinance (ERO)—a colonial-era law that allows the government to “make any regulations whatsoever.” The enactment of what is effectively martial law wasn’t what primarily bothered protesters, it was the government’s ability to freeze assets and take control of foreign assets.

The looming threat of financial dictatorship devastated the city’s ATMs, with large banks such as HSBC running out of cash. The Hong Kong Monetary Authority said that more than 10 percent of 3,300 ATMs in the city were damaged and 5 percent have run out of money.

The fragility of cash savings was also confirmed in India, where PMC Bank was accused of concealing $616 million in loans. According to Reuters, Punjab Maharashtra Co-operative Bank (PMC) has been misreporting non-performing loans (NPL) of a Mumbai-based real estate developer, projecting a “rosy picture of its financial parameters.”

The Reserve Bank of India (RBI) took over PMC last week and has barred the bank from new loan creation. It also informed more than 900,000 depositors that they can only withdraw $352 from their PMC accounts in the next six months after revising the limit from the earlier announced $140.

Deposits in Indian bank accounts are only secure and guaranteed up to INR 100,000, or roughly $1,400. This has caused savers to question the safety of their deposits. The inability to withdraw money from their accounts led thousands to the streets last week.

Nobody can take away your Bitcoin

What those protesting against capital controls on their PMC accounts in India and those fighting China’s interference in Hong Kong have in common is the loss of financial freedom. The two troubling events go to show that financial security lies in the hands of financial institutions and governments.

Many believe that a solution to this problem is Bitcoin. As volatile as it is, Bitcoin has been the best performing asset this year. Its decentralized nature gives people the monetary sovereignty they need to fight financial oppression from banks and governments. Moreover, as early decentralized stablecoins like Dai gain more momentum savers could potentially even avoid volatility while continuing to retain the benefits of decentralization.

Anthony Pompliano, co-founder and partner at Morgan Creek Digital, said that the different value properties of Bitcoin are what make it appealing to a wide group of people.

When you’re worried about your assets being seized or becoming inaccessible to you, Bitcoin’s non-seizability becomes very attractive.

While it’s still unclear whether the spike in Bitcoin trading was correlated to the protests, the world’s largest cryptocurrency is certainly becoming more popular in places in financial and political turmoil.