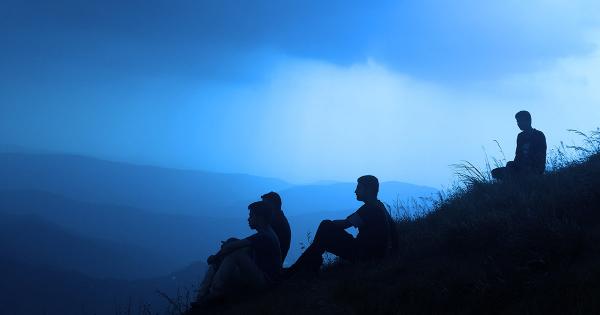 While the crypto industry aims to be as decentralized as possible, it still succumbs to the influence of just a handful of big names in the industry. Here are ten people whose actions and accomplishments, both exceptional and questionable, moved the market in 2019 and left a permanent footprint in the industry.

With two weeks left until the end of the year, it’s hard to say whether 2019 was the year of the crypto industry. Following the catastrophic crash of 2017, the crypto industry seemed to be slowly recovering and gearing up for the next big bull run.

But, instead of going up in a nice straight line as many predicted it would, the trajectory of most digital assets looked more like an alarming cardiogram. Theories about what caused the market to steer away from its bull course became rampant on social media—fingers were pointed to everyone and everything.

And while numerous factors led the crypto industry to its current point, its course was largely shaped by a handful of people. Some more notorious than others, these people have left a deep mark on the crypto space, influencing millions of people and changing the public perception of this burgeoning industry. 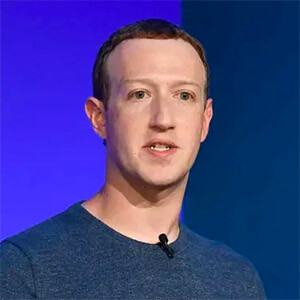 Few figures managed to stir as much controversy in the crypto industry as Facebook‘s founder Mark Zuckerberg did. By spearheading Libra, Zuckerberg put his reputation, damaged by the Cambridge Analytica scandal, under even more scrutiny.

However, the bad press Zuckerberg and Libra got seemed a price worth paying, as it got cryptocurrencies into the spotlight. His hearings before the U.S. Senate forced those tasked with regulating the U.S. market to acknowledge the crypto industry and the problems it faces.

While it’s hard to say whether Libra actually launching would have had a bigger impact on the crypto industry than being stifled by regulators, Zuckerberg’s ability to bring the issue of cryptocurrencies into the mainstream makes him one of the key figures in the space. 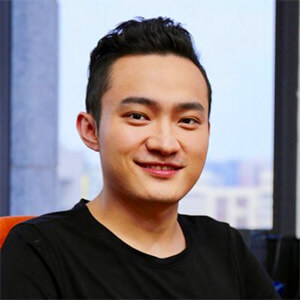 The creator of TRON was the source for endless news reports this year, raking press for everything from botched giveaways to Twitter feuds. The 28-year old entrepreneur is a poster-child for the crypto millennial generation, whose good intentions often get skewered by his rash actions and overall immaturity.

Nonetheless, Justin Sun seems to be using his immense success and popularity to promote the crypto industry. He broke all previous records by paying $4.6 million for a charity lunch with Berkshire Hathaway CEO Warren Buffet in hopes to get the vocal crypto critic to change his mind on the industry.

The only thing that overshadowed that were the rumors on why he eventually canceled the lunch, as many suspected the Chinese government had something to do with it.

Sun’s outspokenness has made him an important figurehead in the space, showing the effects of the “new blood” in the industry. 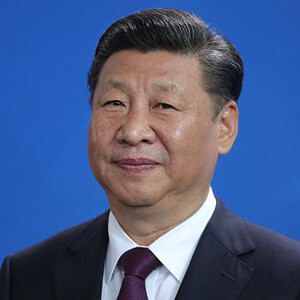 Xi Jinping might not be the first person that comes to mind when thinking about blockchain, but the Chinese president almost single-handedly managed to introduce the technology to hundreds of millions of people.

Calling for the adoption of blockchain “as an important breakthrough for independent innovation of core technologies” in a serious political context made the technology a household name in China, with state-run media dedicating may front pages to explaining the new phenomenon.

His statement on blockchain has done more than just increasing public awareness of the technology—it resulted in large rallies in China’s crypto-related assets and pushed other countries, most notably the U.S., to give the technology a second look. 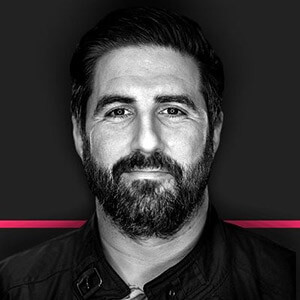 Possibly one of the most famous recipients of Craig Wright‘s many libel lawsuits, Peter McCormack‘s voice has been one of the most listened to in the crypto industry. McCormack’s “What Bitcoin Did” podcast grew from a small niche broadcast to one of the most popular shows in the space.

Nick Szabo, Charlie Shrem, Andreas Antonopoulos, Mark Karpelès, Brendan Eich, Hester Pierce, and Jesse Powell are just some of the few industry leaders that have been guests of the podcast. McCormack’s honesty and charisma, when combined with his ability to ask direct and straightforward questions, yielded some of the most significant interviews in the industry.

The support McCormack got during his legal ordeal with Wright was a rare display of unity in the crypto community, pushing him into the spotlight where many expect him to stay in the long run. 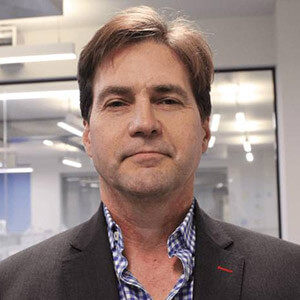 Hate him or love him, Craig Wright is one of the most fascinating people ever to come out of the crypto industry. The figurehead of Bitcoin SV shook the world in 2016 when he claimed to be Satoshi Nakamoto, the original creator of Bitcoin.

However, it wasn’t until 2018 that Wright’s ridiculous claims began gaining traction. His bloody legal battle with the estate of his former partner was laughing stock of the entire crypto industry, as Wright’s claims became more and more preposterous throughout the case. What’s even more fascinating than his refusal to admit defeat and retreat from the public eye is the undying support he got from the tightly knit Bitcoin SV community.

As the creator of one of the deepest schisms in the Bitcoin community, Wright’s impact on the crypto market is huge and undeniable. 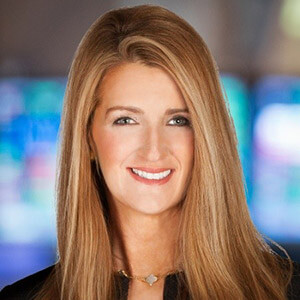 With the potential to become the bridge between crypto and politics, Kelly Loeffler is the crypto industry’s most unlikely, yet most valuable asset. A veteran of the Intercontinental Exchange (ICE), the operator of the New York Stock Exchange (NYSE), Loeffler has been tasked with growing the Bitcoin futures market.

Her role as the CEO of Bakkt led the company’s crypto-settled futures to skyrocket in volume, proving that the market was hungry for crypto derivatives. However, the Georgia native’s biggest impact on the industry isn’t her position at Bakkt, but a stint at the U.S. Senate.

Loeffler is set to represent the state of Georgia in the U.S. Senate—she will be the second woman in the country’s history and the first woman running a crypto company to do so. 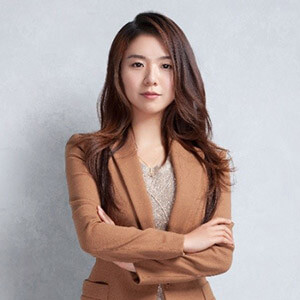 While Dovey Wan’s impressive background as an analyst and investor helped her get a foothold in the crypto industry, it was her outspokenness on Twitter that helped her gain popularity. Wan has been one of the main connections between the East and the West, often bridging the gap between the enclosed crypto space in China and the U.S.

Her relentless work in breaking crypto news helped her gain a massive following on social media, where her commentary often sparked some of the most serious discussions on Twitter. 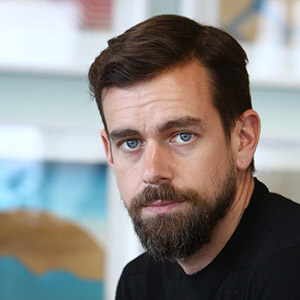 Jack Dorsey is one of the few Silicon Valley veterans that has openly supported cryptocurrencies. His work on payments app Square and its Bitcoin development arm Square Crypto quickly gave him the status of crypto royalty.

While Twitter has seen its fair share of bad press under his leadership, mostly due to accusations of censorship and political bias, his work in the crypto industry has been almost universally well-received.

Dorsey’s public appearances and interviews can easily be described as a promotional tour for Bitcoin. Being backed by the creator of one of the most popular and most important social media platforms in the world seriously legitimized the crypto industry in the eyes of the mainstream media. 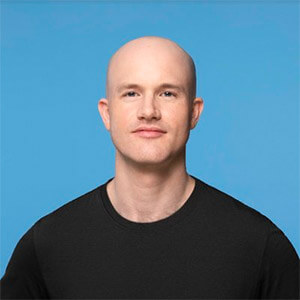 Being the founder and CEO of the largest cryptocurrency exchange in the U.S. and largest crypto custodian in the world is an admirable achievement. Brian Armstrong, whose optimism regarding the future of the crypto industry made him a favorite among maximalists, is by far one of the most influential Americans in crypto.

The relentless work he put into growing Coinbase got him a spot in the inaugural Time 100 Next list, where he was recognized for the long-term impact he made in the crypto industry. However, Armstrong, like many others, might become a victim of his own success.

Coinbase’s relentless growth cost the company a lot of credibility among the crypto purists—many dubbed it “Altcoinbase” for seldom refusing to list any low-volume altcoins. 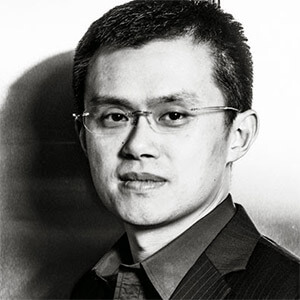 If he wasn’t the head of one of the largest cryptocurrency exchanges in the world, Binance CEO Changpeng Zhao’s Twitter presence alone would make him an invaluable part of the crypto industry. Few industry leaders are as direct and as candid as he is, never shying away from participating in any Twitter discussion he sees.

But, Zhao’s good-humored presence on social media has an unfortunate tendency to outshine his tremendous business success. Apart from launching a futures trading platform, Zhao expanded Binance‘s presence to the U.S. by launching a designated exchange for the country.

Zhao’s experience in the crypto industry, first a developer for Blockchain.info and then as the CTO of OKCoin, made him one of the loudest voices in the space.

The past six months have been led and shaped by the bears—the world’s largest cryptocurrency lost more than half of its value since June, while the rest of the market took ever harder hits. The sudden change in market sentiment have the power to sway prices, but the belief people have in the industry seems resistant to even the most drastic price drops.

While it’s important to highlight the figures that left a significant mark on the market, it’s equally important to note that there are thousands of people behind the scenes working hard to keep the industry alive.