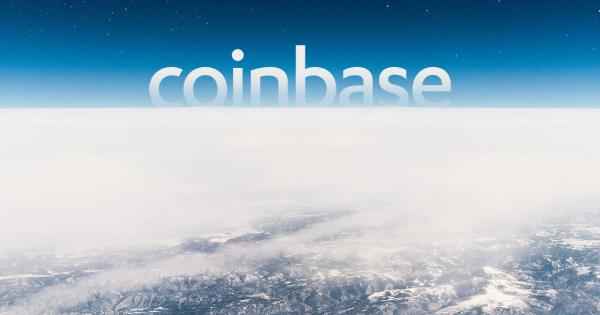 Coinbase is considering the addition of eight new cryptocurrencies to the platform, including Algorand, Cosmos, Dash, Decred, Matic, Harmony, Ontology, and Waves.

Although the firm specified that these digital assets will be added on a jurisdiction-by-jurisdiction basis depending on the regulatory framework where they operate. Coinbase is also planning to add 90 percent of all the crypto tokens, by market cap, in circulation to its platform.

Over time, we expect Coinbase customers around the world will have access to at least 90% of the aggregate market cap of all digital assets in circulation.

As it has been seen before, almost consistently cryptocurrencies listed on Coinbase see an upswing in volume and price following an announcement—known as the “Coinbase effect.”

One of the most recent tokens added into the exchange was Chainlink—a blockchain platform aiming to connect smart contracts to external data sources. This cryptocurrency saw a 63 percent spike in its market valuation 12 hours after being listed on Coinbase retail. Similarly, Augur went up 15 percent on Apr. 17 and EOS surged 10 percent on May 30 after getting listed on the exchange. The pattern is consistent with most coins listed on Coinbase, except XRP.

It remains to be seen which one out of the eight cryptocurrencies under scrutiny will actually get listed on the exchange and how its price will react afterwards. At the moment, these cryptocurrencies appear to already be enjoying some of the attention given by today’s announcement. Harmony, for instance, jumped 20 percent and Matic is up 18.5 percent.

Coinbase announced that it will be listing Tezos on Coinbase Pro.

Coinbase, one of the largest cryptocurrency exchanges in the United States, is reportedly exploring plans to set up its own insurance company.

ChainLink, a blockchain platform aiming to connect smart contracts to external data sources, is on a tear following listings on Coinbase Pro and Coinbase—the altcoin surged 117.2 percent, from $23 to $4.41, over the three days the listings were announced.