The crypto industry is getting an ally in the U.S. Senate

Kelly Loeffler, the CEO of Bakkt, is set to be appointed as the new United States senator of Georgia. 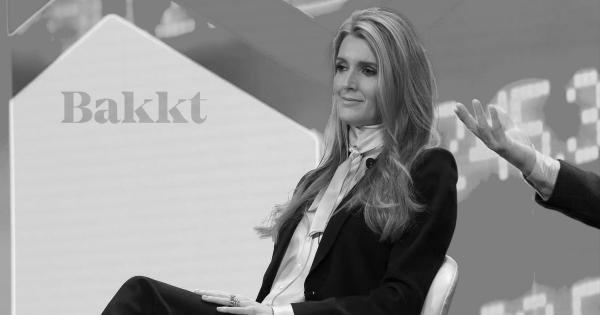 Kelly Loeffler, the CEO of Bakkt, is set to be appointed as the new U.S. senator of Georgia. According to CBS News, a source familiar with the plan confirmed the news, saying the decision would become effective on Jan. 1, 2020. While it’s still unclear who would succeed Loeffler as the head of Bakkt, her stint in the U.S. Senate could prove to be invaluable to the crypto industry.

While Georgia Governor Brian Kemp isn’t set to announce his pick for the country’s open U.S. Senate seat until Wednesday, Dec. 4, sources close to the matter have confirmed the rumors that have been going around for the past few weeks.

Kelly Loeffler, the CEO of Bakkt, will be Kemp’s pick for the vacant seat. A financial industry veteran, Loeffler will receive the support of the National Republican Senatorial Committee despite not being endorsed by U.S. President Donald Trump.

When appointed, Loeffler will become the second female U.S. senator in Georgia’s history. The political newcomer is said to have been chosen for the seat to attract a specific group of voters that the Republican party is desperately missing.

Public Service Commissioner Tim Echols, who also applied for the seat, told The Atlanta Journal-Constitution that Governor Kemp made the right decision by choosing Loeffler.

“Kelly, or any outstanding conservative woman, helps Republicans win back suburban women who seem to have left our party in the last cycle. The governor knows what he’s doing.”

Not everyone is happy with Loeffler’s appointment

This isn’t the first time the long-time Republican donor had her eyes on the U.S. Senate. Back in 2014, Loeffler considered running for the Georgia seat but ultimately backed down as the Intercontinental Exchange (ICE), who Loeffler was the vice president of, was going through the acquisition of the New York Stock Exchange (NYSE).

Loeffler’s 17-year stint as the Vice President of ICE ended when she was appointed the CEO of the exchange’s newest subsidiary—Bakkt. Since its launch earlier this year, Bakkt, the market’s first physically-settled Bitcoin futures offering, has posted record-breaking trade volumes.

As the CEO of one of a handful of regulated companies offering crypto derivatives trading, Loeffler is set to bring a fresh perspective of the industry to the very top of U.S. politics.

But, while the crypto industry is looking forward to having a powerful ally in the Senate, Loeffler’s political opponents accused both her and the Republican party of corruption.

A spokesperson for the Democratic Senatorial Campaign Committee called Loeffler’s appointment a “corrupt coronation” and accused her of buying her Senate seat with political donations.