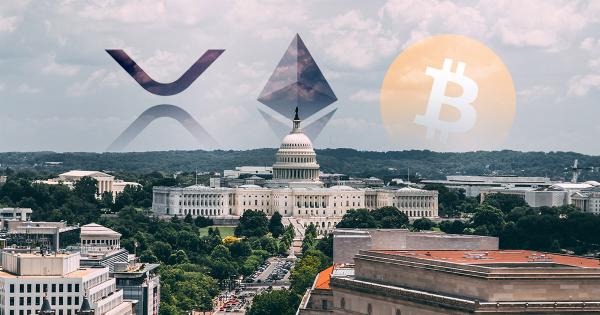 By “actual” cryptocurrencies, Congressman Budd likely meant that unlike the three assets, Libra is not open-sourced and permissionless.

“It’s crucial that members of this committee be able to differentiate between Libra, which is really not a cryptocurrency and actual cryptocurrencies like Bitcoin, Ethereum, and XRP, before we discuss draft legislation. Many of the proposals would stifle financial innovation and if we’re to remain as a world leader in financial technology, it’s vital that this committee not embrace reactionary laws against cryptocurrencies.”

XRP, ETH, and BTC: What makes them real cryptocurrencies?

Although there have been some questions surrounding the extent to which XRP is open-source and decentralized, the paper of Rippled, the server software that powers the XRP Ledger, says that Rippled itself is open-source under the permissive ISC open-source license. The paper reads:

“The server software that powers the XRP Ledger is called rippled and is available in this repository under the permissive ISC open-source license. The rippled server is written primarily in C++ and runs on a variety of platforms.”

For Bitcoin and Ethereum, in June 2019, U.S. Securities and Exchange Commission (SEC) chairman Jay Clayton noted that Bitcoin is not a security and in June 2018, SEC Director of Corporate Finance Bill Hinman said that Ethereum is also not a security, indicating that they are decentralized.

A court case is still pending to conclusively determine whether XRP is a security or not in the U.S., and the case is unlikely to be resolved in the short term.

The statement of Congressman Budd that describes XRP as an actual cryptocurrency alongside Bitcoin and Ethereum amidst uncertainty regarding the nature of XRP is widely considered a positive factor by investors in XRP. Ripple CEO Brad Garlinghouse said:

“Earlier today Rep Ted Budd emphasized the importance of distinguishing between Libra and actual digital assets like XRP, BTC and ETH. He provided an excellent reminder: the crypto industry should not be painted with one broad brush.”

Tough road ahead for Libra and Zuckerberg

Following the 11-hour testimony, it was clear that many members of Congress do not have the confidence in Facebook to lead the development and distribution of Libra, which led Zuckerberg to state that Facebook may leave the Libra association if the U.S. government does not approve of the project. He said:

“We’ve faced a lot of issues over the past few years, and I’m sure people wish it was anyone but Facebook putting this idea forward.”

Whether the growing scrutiny on Libra and Facebook would grow the confidence of investors towards the long term trend of cryptocurrencies like Bitcoin, Ethereum, and XRP remains to be seen.