Calvin Ayre on Bloomberg: Bitcoin SV will absorb all the other cryptos Ali Martinez · 3 years ago · 2 min read
News › People 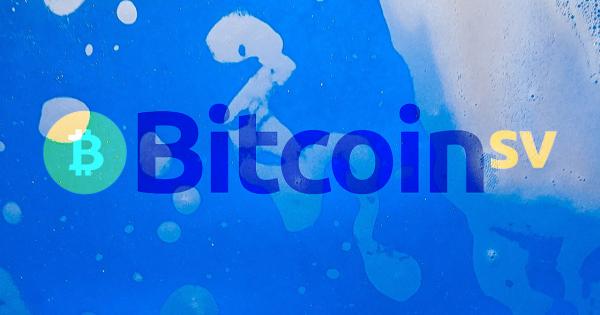 All other cryptos “will be absorbed into Bitcoin SV”

Bitcoin SV gained a lot of attention lately after a massive surge in its market valuation was triggered by the U.S. Copyright Office granting Craig S. Wright two copyrights—one for the whitepaper titled “Bitcoin: A Peer-to-Peer Electronic Cash System,” and the other for “Bitcoin,” the cryptocurrency’s original code—and a fake news alert that was broadcasted among Chinese investors claiming that Wright had transfer 50,000 BTC from one of Satoshi Nakamoto’s wallet to Binance, suggesting authorship of Bitcoin.

Now, the Canadian entrepreneur Calvin Ayre was featured in a Bloomberg segment to explain his views on the cryptocurrency space and why he is supporting BSV.

All other cryptocurrencies 'will be absorbed into Bitcoin SV': CoinGeek founder pic.twitter.com/vkGdkJznuH

Ayre stated that he is helping CSW get back in control of the cryptocurrency space since it has been “hijacked” by a number of different powerful entities that are trying to push their own interests. He believes that Wright was indeed the one who launched bitcoin back in 2009 under the pseudonym Satoshi Nakamoto, but after stepping away and seeing that project had not gone in the direction that was meant he now wants to gain control of the industry.

Calvin Ayre believes that Bitcoin SV is indeed the original version of Bitcoin and its on-chain scaling feature is what sets it apart from other cryptocurrencies.

“The main difference of course is that this is the original model that was originally created by Craig and all other ones are variations that have branched off in some direction. But the main difference from a functional perspective is that BSV massively scales on chain and the rest don’t, so it works and the others are dysfunctional. They’re kind of hobbies, if you will. This one is designed for enterprise applications.”

“In the near term Bitcoin, BTC, can exist, but if BSV continues to follow its scaling roadmap there is just no need for any of the rest. I think they will all be absorbed into BSV, the dominant chain.”

Just a few hours after the Bloomberg interview was published, Alistair Milne, a British entrepreneur and investor, reported that 25,000 BSV were dumped at market value on Bitfinex. The result was a flash crash that took the cryptocurrency from $240 all the way down to $45, to then quickly recover in a matter of seconds.

Although Bitcoin SV has experienced a 300 percent increase in its market valuation during the last week, there is no technical indicator that supports the surge. It seems like the price of this cryptocurrency has lately  been driven by speculation—traders beware.