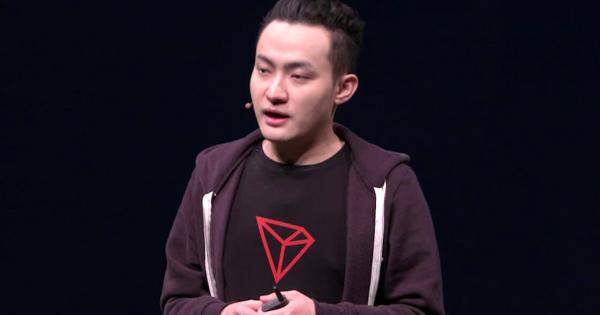 Sun was expected to sit down with Buffett on July 25 after winning a record bid of $4.6 million in a charity auction. However, the Chinese entrepreneur had to abruptly postpone the meeting due to health issues, according to the TRON Foundation.

Now, the TRON Foundation, Buffett’s team and the Glide Foundation, the homeless charity that received the proceeds from the lunch auction, are working together to figure out a date to reschedule the charity meal. But, finding a date that works for Justin Sun, Warren Buffett and the invitees has proven to be a challenge, said Cliff Edwards, TRON’s communications director, in an interview with Blocktv.

“It took about two months for us to get all nine people to come to San Francisco and sit in one room for five hours with Warren Buffett. [Now] we are in the process of corralling all of those nine people again to get it back on track.”

Among the six crypto proponents invited to the charity, lunch are eToro CEO Yoni Assia, Litecoin’s creator Charlie Lee, and Circle CEO Jeremy Allaire who pointed out that “crypto is now a major global policy issue” and it is a “great deal” to help others understand about the technology.

Although Buffett’s team and the Glide Foundation acted “pretty nice” about the delay, several Chinese media outlets reported that Sun was allegedly being persecuted in China for a range of illegal activities.

Background on the controversial news

According to a report by Caixin, Justin Sun had was under border control the day he postponed the lunch with Warren Buffett. Along the same lines, the 21st Century Business Herald claimed that Sun was being accused of facilitating pornography-related transactions through his social media company, Peiwo, alongside a host of other accusations related to the TRON Network.

Even though the accusations were never confirmed, later on, Sun appeared in San Francisco and published a statement on Weibo apologizing to the TRON community and Chinese authorities for “vulgar hype and marketing behavior.”

Leonhard Weese, the president of the Bitcoin Association of Hong Kong said:

“Justin Sun’s main crime is probably to have so openly flaunted his wealth. The authorities don’t like this kind of personality cult and this money being thrown around.”

Besides Chinese regulators blacklisting one of Sun’s companies, Guangzhou Pei Wo Information and Technology, according to the New York Times, nothing further has been reported. The lack of clarity around the actions that the Chinese authorities are taking against the 29-year-old entrepreneur left a lot of questions unanswered and the market seems skeptical about the future of TRON and BitTorrent.

Despite the relentless marketing from CEO Justin Sun and his efforts to take TRX back into the top 10 by market cap and BTT into the top 30, the price of these cryptocurrencies continues depreciating. It seems like investors remain uncertain about the possible legal actions that Chinese authorities could take against the head of the company. In fact, TRON and BitTorrent have plummeted nearly 53 percent since Sun canceled the lunch with Buffett.

The 7-day moving average could be used to identify if either TRON or BitTorrent are bound for an upswing. Therefore, if any of these cryptocurrencies moves above this moving average, they could certainly hit the next level of resistance given by the 30-day moving average. In the meantime, it seems like TRX is going to continue declining until it hits $0.0111 and BTT could go down to $0.00032.

Although TRON and BitTorrent are sitting on bearish postures and appear to have more legs to go down, it is clear that their CEO Justin Sun has a tremendous impact on them. The new wave of marketing promotion that will come once the lunch with Warren Buffett is finally rescheduled, could allow these cryptocurrencies to rise again. However, while the legal actions that are undergoing in China against Sun remain unclear, trading any of these cryptocurrencies poses a substantial risk.