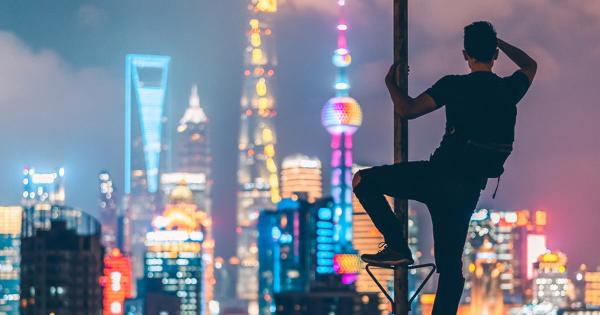 Photo by Simon Zhu on Unsplash

On Friday, Oct. 25, Chinese state media outlets reported that President Xi called for the adoption of blockchain “as an important breakthrough for independent innovation of core technologies” in a meeting of the Political Bureau of the Chinese Communist Party’s Central Committee. State-run outlet Xinhua revealed that Xi lauded the potential benefits of blockchain technologies in a swath of industries, including finance, education, health care, food security, and more.

While Xi has discussed the matter of blockchain previously—he called it a technology that allows for “breakthrough applications” in mid-2018—this was the seeming first time that the president discussed the matter in a serious political context rather than a university lecture.

Due to the Xinhua report, blockchain quickly became the topic of conversation among Chinese citizens and investors.

Primitive Ventures founding partner Dovey Wan, known as a reliable source for China-related cryptocurrency news, revealed that the technology entered into the mainstream conversation in a matter of a few hours.

In a Twitter post, she pointed out that “blockchain” graced the front page of People’s Daily and top Chinese universities have “started ‘blockchain’ course offerings overnight.” Wan added that she expects local municipalities to soon announce blockchain-related initiatives to appease Xi’s newfound drive to adopt this technology.

12 hours after the major "Xi Pump"

The ripple effect is strong pic.twitter.com/2E2Be6RHol

Wan’s observations have been corroborated by Su Zhu, CEO, and CIO of Singaporean crypto fund Three Arrows Capital. Demonstrating the explosive potential Xi’s speech will have on blockchain adoption, the prominent investor wrote:

“[More than] one billion people will see this news. Search volumes and web traffic will balloon. […] Parents will be urging kids to learn crypto and blockchain.”

The Chinese leader’s statement on blockchain has done more than just increasing public awareness of the technology; Xi’s sentiment has resulted in large rallies in China’s crypto-related assets.

Wan noted that in the wake of the term “blockchain” gracing the headlines of the nation’s top media, a “Chinese blockchain concept stock” trading on the NASDAQ with the ticker XNET had rallied by over 100% during Friday’s trading session.

the People's Daily article is ONLY Blockchain, no Bitcoin or crypto as always

and this Chinese blockchain concept stock has pumped over 100% ..$XNET … The power of Xi Pump 😛 pic.twitter.com/mjk1SnulXU

Wan later pointed out that Bytom, which she called a “China Coin,” had surged by over 60 percent in the past 48 hours. During the same time frame, Bitcoin gained a relatively paltry 27 percent—a move that many analysts, including Alex Krüger, have attributed to the China narrative.