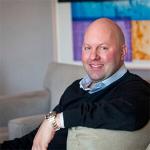 University of Illinois at Urbana-Champaign, 1993

Marc Andreessen is a co-founder and general partner of the venture capital firm Andreessen Horowitz. He is an innovator and creator, one of the few to pioneer a software category used by more than a billion people and one of the few to establish multiple billion-dollar companies.

Marc holds a BS in Computer Science from the University of Illinois at Urbana-Champaign.

Marc serves on the board of the following Andreessen Horowitz portfolio companies: Applied Intuition, Dialpad, Honor, OpenGov, and Samsara. He is also on the board of Facebook.

CryptoKitties to ‘Bring Blockchain to Life’ in New Art Exhibit