Peter McCormack, the host of the “What Bitcoin Did” podcast, revealed details about the lawsuit Craig Wright had filed against him in April. 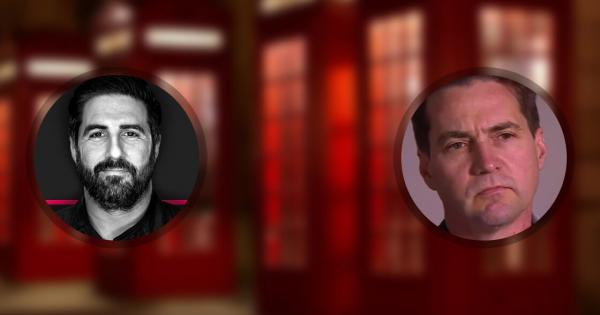 Peter McCormack, the host of the “What Bitcoin Did” podcast, revealed details about the lawsuit Craig Wright had filed against him in April. In a lengthy Twitter thread, McCormack explained the horrific legal ordeal he will have to suffer through to defend himself from Wright’s accusations.

McCormack explains his options in the Wright libel case

Peter McCormack, a prominent figure in the crypto industry and host of the “What Bitcoin Did” podcast, shared the most recent developments in the libel lawsuit Craig Wright filed against him.

Earlier this year, McCormack challenged Wright’s claim that he was the one who developed Bitcoin under the pseudonym, Satoshi Nakamoto. The controversial entrepreneur filed a claim in a United Kingdom court on April 17, accusing McCormack of libel. In the official court report, Wright noted that he believes the attacks against him were actually meant to hurt Bitcoin SV, a notion disputed by McCormack several times.

After a few uneventful weeks, McCormack finally shared an update on his legal case with Wright, saying that he had until Friday, May 31, to make a decision on what to do.

The first thing McCormack will have to decide on is representation—he can choose between representing himself, hiring a legal counsel to represent him, seek mediation, or not contest the claim. Choosing lawyers to defend him against Wright’s £100,000 claim could cost McCormack anywhere from £25,000 to £50,000.

The podcaster also noted that not contesting Wright’s claim was an option he was considering as it will prevent Wright from taking him to court. However, the option would cost at least £100,000.

5/ Not contesting is an option as it does not give them their day in court, or the judgement they so want. It will cost me £100k and worse case is I lose my house.

While many of his Twitter followers suggested reaching a compromise with Wright, McCormack explained that it was highly unlikely one could be reached.

4/ Compromise is unlikely to be an option. I delayed my initial response as a test, which highlighted that they REALLY want to go to court and do not want a default judgement. This "to me" highlights part of the ongoing narrative to establish BSV as Satoshi's vision (right!)

Out of all the options, McCormack said that representing himself wasn’t too bad of a choice. He said that some lawyers argued that not having legal counsel could work in his favor, but could take up a lot of time.

There was no sugarcoating the situation from McCormack, either—he was clear that any decision he’d make will be a tough one.

10/ Whatever decision I make, it is a tough one. I am fighting the bullying and intimidation of people with very deep pockets, with a history of disingenuous behaviour. Likely, there will be a group of people who will come at me, whether the relentless sock puppets or…

Fortunately, an incredible number of people came out to support McCormack in his fight against Wright, with hundreds of Twitter users saying they would donate to help cover his legal expenses. Dozens of Twitter users also reached out to Changpeng Zhao, the CEO of Binance.

Zhao was one of many high-profile figures in the crypto industry that publicly criticized Wright, and has even gone as far as to delist Bitcoin SV from his exchange and offer to help McCormack pay for his legal fees.

CSW is picking on the people who have a hard time fronting their legal fees. How about we do a @BinanceBCF charity program to raise money from the community for legal fees for anyone CSW sues?@PeterMcCormack @rogerkver @jihanwu

However, it seems McCormack is reluctant to accept outside assistance:

Hmmm. Thanks for this CZ but I really don't think people should donate their hard-earned Bitcoin to my fund. I got myself into, it is up to me to deal with. Also, it may cost more to fight it than what they want.