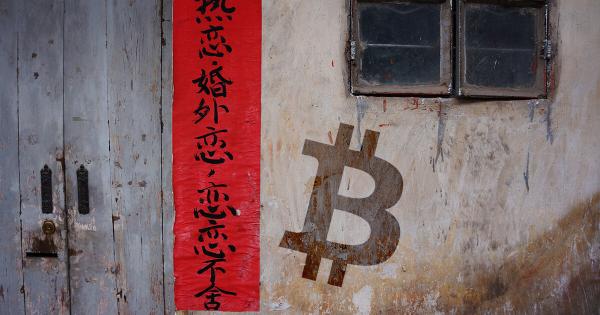 Exposing the masses to Bitcoin

Xinhua News Agency, also known as New China News Agency, is the largest news organization in the world in terms of correspondents worldwide. And, it recently published an article, entitled, “Bitcoin: The First Successful Application of Blockchain Technology,” laying out the history and characteristics of this cryptocurrency.

The report starts by introducing the question that most investors have had about Bitcoin since its early beginnings:

“Is [Bitcoin] the inevitable trend of future currency development, or is it another “tulip bulb” that is frantically hyped?”

Then, it continues by describing the fundamental pillars in which Bitcoin was developed, including decentralization, censorship resistance, and immutability. It also covers the ins and outs of mining, the halving, and a brief dive into anonymity, by stating that:

“The identity of the [Bitcoin] account holder will not be known to anyone. People can freely transfer money through Bitcoin without having to verify various identity [authentification protocols like it is usually done in banks].”

Nonetheless, the article highlights the potential risks of transacting with Bitcoin, arguing that it is mostly used on the black market.

“Bitcoin [is] widely used in illegal transactions such as money laundering. Currently, the most important uses of Bitcoin payments are black market transactions and “darknet” transactions.”

Despite this comment, the report is broadly positive and is intended to expose an unbias view on Bitcoin to hundreds of millions of Chinese citizens.

The recent publication by Xinhua News Agency appears to be related to President Xi Jinping’s ambition to “take the leading position in the emerging field of blockchain.” Since Xi’s announcement, a wave of new initiatives has come to light aiming to put China at the forefront of blockchain technology.

The plan to include cryptocurrency mining into a list of industries that would be banned in China has reportedly been scrapped. The National Development and Reform Commission (NDRC), which works under China’s State Council, published an updated version of its guidelines that come into effect on Jan. 1, 2020. The catalog contains detailed descriptions of what constitutes “virtual currency mining,” and it is not included in the list of industries that would be eliminated nationwide.

Additionally, Hong Kong’s Securities and Futures Commission (SFC) released a regulatory framework that enables cryptocurrency exchanges to operate within specific rules in the country. According to the head of the SFC, the regulatory sandbox “covers all of the key investor protection concerns,” including security, custody, and market manipulation.

As China expedites the development of a government-backed digital currency, it is very likely that more media outlets around the nation will push content about Bitcoin and blockchain technology. Like Xinhua News Agency’s Bitcoin report, all of this exposure would boost the understanding and, subsequently, the adoption of this technology.