Peter McCormack, the host of the “What Bitcoin Did” podcast, has seen increased support from the crypto community in his fight against Craig Wright’s libel lawsuit. 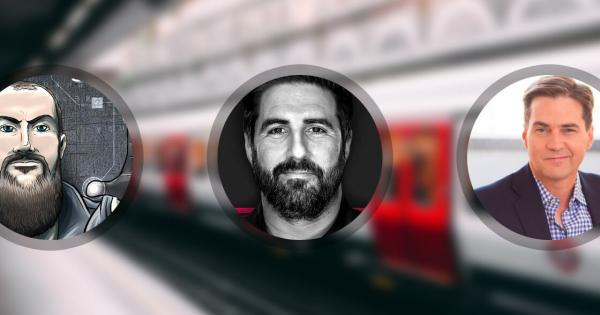 Peter McCormack, the host of the “What Bitcoin Did” podcast, has seen increased support from the crypto community in his fight against Craig Wright’s libel lawsuit. The podcaster received immense support on social media, with industry heavyweights such as Bitcoin developer Jameson Lopp, TechCrunch founder Michael Arrington, and cryptoanalyst Josh Rager.

Peter gets support from industry heavy-weights

McCormack, who has been on the receiving end of Wrights’ many libel lawsuits, has had his hands full with deciding on how to proceed with the case. If the libel case goes to full trial, it could cost him up to £750,000.

However, McCormack has seen immense support from the crypto community, with hundreds of people offering to help with legal costs.

The help he was offered quickly surpassed money—dozens of lawyers, cryptographers, and developers offered their professional help to McCormack. One of them is Jameson Lopp, a veteran Bitcoin developer and the CTO of Casa.

A previous guest of McCormack’s podcast, Lopp offered to fly to the UK and offer his testimony to a judge. He explained that McCormack’s willingness to fly to the US and interview him a couple of years ago is a favor he’d be more than willing to return.

You flew to the US to allow me to explain my perspective of Bitcoin; I just realized that we chatted about Craig for a few minutes during that 2017 interview. I'll happily return the favor and fly to the UK to explain to a judge that Craig is a pathological liar.

A well-known figure in the crypto industry, Lopp has been an avid critic of Craig Wright on his Twitter profile. He is also the author of one of the best deep-dives into Wright’s life—an op-ed piece titled “How Many Wrongs Make a Wright?”

Published earlier in May, the article was a result of months of research and dozens of revisions by fellow researchers and legal teams. The lengthy post, apart from providing a history of Wright’s claims on Bitcoin, also focuses on his background.

With many seeing his article as the ultimate proof of Wright’s lies, Lopp could be an important asset in McCormack’s defense. His detailed research could be used to prove McCormack’s case that Wright is a pathological liar whose claims to be Satoshi Nakamoto are no different from the other lies he was caught in.

Many prominent industry figures followed Lopp’s lead and offered support to McCormack — Michael Arrington, the founder of TechCrunch and CrunchBase, told McCormack that he was protecting the entire crypto community by standing up to Wright. Josh McGruff, the former CEO of Dogecoin, also voiced his support.