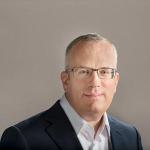 Eich is the CEO of Brave Software, an Internet security company which has raised $2.5 million in early funding from angel investors.

On January 20, 2016, the company released developer versions of its open-source Brave web browser, which blocked ads and trackers and included a micropayments system to offer users a choice between viewing selected ads or paying websites not to display them.

At Brave Software, Eich co-created the Basic Attention Token (BAT), a cryptocurrency designed for use in the Brave browser. BAT launched its ICO on May 31, 2017, and raised $35 million.

There are now more than 350,000 verified publishers on Brave