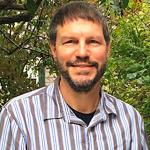 Nick Szabo is a computer scientist, legal scholar, and cryptographer known for his research in digital contracts and digital currency. He graduated from the University of Washington in 1989 with a degree in computer science and received a law degree from George Washington University Law School.

Smart contracts were first proposed by Szabo, who coined the term.

In 2008, a mysterious figure who wrote under the name Satoshi Nakamoto released a proposal for bitcoin. Nakamoto’s true identity remained a secret, which led to speculation about a long list of people suspected to be Nakamoto. Although Szabo has repeatedly denied it, people have speculated that he is Nakamoto