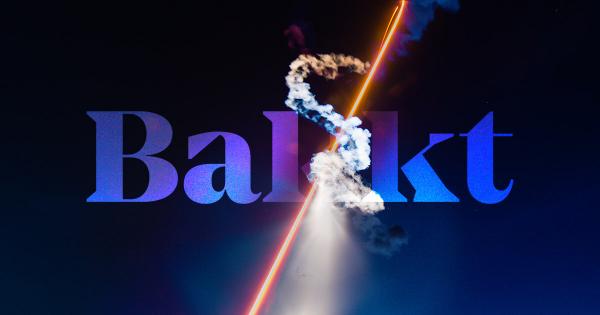 Intercontinental Exchange-owned Bakkt announced that with 4,443 BTC contracts traded, Wednesday was its biggest day yet, posting a 60 percent increase in trade volume from Friday, the contract’s previous all-time-high in terms of the number of contracts traded in a single day.

Two months after their debut, Bakkt Bitcoin Futures reached a record high of 4,443 contracts traded today – up over 60% from our last record-setting day

Closing in on CME

If Bakkt can keep up its current momentum and average 4,000 contracts per day, the platform will be trading roughly 16 percent of CME’s average daily volume in November (CME’s November average of 4,768 contracts puts its daily average at 23,840 BTC, with each CME contract representing 5 BTC).

The recent eruption of volume and open interest in both the Bakkt and CME futures contracts — seen alongside a sharp recovery in the price — is strongly bullish for Bitcoin in the short-term, representing an influx of new long contracts being opened.

December will be a crucial month to gauge whether institutional bulls intend on using Bakkt to hold contracts past expiry to gain exposure to “physical” BTC, or whether they are more interested in capitalizing on short-term fluctuations in price.

Traders that are currently in long positions may opt to profit on short-term hikes in price and sell before contract expiry, the point at which they would take possession of “physical” BTC.