Mark Zuckerberg, the founder and CEO of Facebook, has testified before the United States House Financial Services Committee, where Congress members have raised their concerns about the company’s past and future dealings. 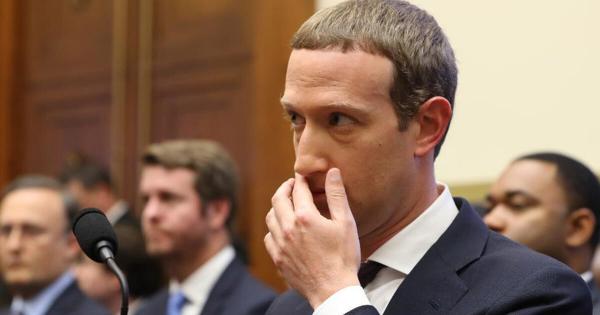 Mark Zuckerberg, the founder and CEO of Facebook, has testified before the U.S. House Financial Services Committee, where Congress members have raised their concerns about the company’s past and future dealings.

Zuckerberg says stifling innovation could give an upper hand to China

Libra has been one of the most controversial technology projects in the past decade, putting Facebook’s already damaged reputation under even more scrutiny. The highly contested stablecoin project has already been a topic of one congressional hearing, where Mark Zuckerberg, the founder, and CEO of Facebook, discussed the plans for its launch.

Zuckerberg’s optimistic attitude seems to have dwindled down in the past weeks as major partners such as PayPal, Visa, Stripe, and MasterCard withdrew from Libra. Nonetheless, Zuckerberg managed to remain relatively pragmatic during his testimony before the U.S. House Financial Services Committee.

The hearing, which lasted well over 6 hours, began with an opening statement from Representative Maxine Waters, who listed the numerous concerns both she and other Congress members had regarding Libra. Waters told Zuckerberg that Congress has “opened up a serious discussion” about Facebook should be broken up and called for a “moratorium” on the entire project.

Zuckerberg’s opening statement went over the concerns raised by Waters, with the CEO saying he understood the concerns lawmakers had with Libra. However, Zuckerberg warned the committee members that stifling “innovation” such as Libra would give an upper hand to its biggest rival—China.

The hearing quickly wandered off crypto-related topics, as several Congress members grilled Zuckerberg on issues such as the Cambridge Analytica scandal, election interference, and hate speech on the platform.

Republican congressman Ted Budd put Libra back on the table by asking Zuckerberg on how he planned to allow the regulation of the company’s stablecoin. Zuckerberg did not give a straight answer and called for the U.S. not to embrace what he calls “reactionary laws” against cryptocurrencies in order to remain a world leader in financial technology.

Apart from a couple of outliers, most Congress members found it hard to trust both Zuckerberg and Libra, with Representative Chuy Garcia saying he will introduce a “Keep Big Tech Out of Finance” bill later in the day.  Garcia told Zuckerberg:

“Facebook has operated as a shadow government with you as its head.”

Timothy McHenry, a North Carolina representative, was one of the few that have agreed with Zuckerberg’s calls for easing on Libra. In the closing statement, he said encouraging innovation in the U.S. was becoming increasingly important. He said:

“Make no mistake, for those of us here as policymakers we should have a common understanding that innovation is coming, with us or without us.”

While the six-hour hearing ended on a lighter note, it’s clear that Congress is anything but a fan of Zuckerberg. While some representatives seemed genuinely worried about the real-life implications of a project as complex as Libra, most found it hard to hide their distaste for Facebook.