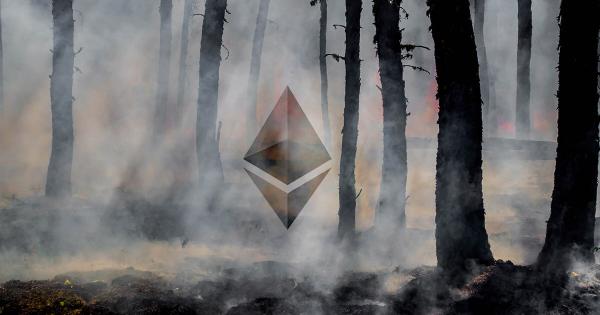 Photo by Joanne Francis on Unsplash

In 2019, one of the biggest narratives in the crypto market was the PlusToken pyramid scheme. For those unaware, PlusToken was a Bitcoin wallet pyramid scheme operating in Asia that managed to garner over $2 billion worth of deposits over the course of half a year.

The scam’s operators attempted to obfuscate the funds they secured when the pyramid collapsed. But, it has been said by analysts and blockchain analytics firm that persistent selling of the coins likely caused the crypto market crash towards the end of 2019. Some, in fact, have said that PlusToken’s rise actually triggered Bitcoin’s and Ethereum’s 2019 rally.

Unfortunately, another large crypto scam is on the scene.

Analysts fear that its collapse could result in another correction in this nascent market.

If you’ve been on ETH Gas Station or Etherscan over the past few months, you’ve likely seen the name “Forsage” or “Smartway Forsage” pop up time again due to the sheer number of transactions the smart contract was seeing.

Although most in the industry ignored it, it was recently revealed by Dovey Wan, a founding partner of Primitive Capital and crypto commentator, that it is actually a Ponzi scheme.

She explained that it is a traditional crypto pyramid scheme with a focus on Ethereum and geographical focus on the Philippines, where it purportedly has garnered much support:

“This one started in the Philippines and is quite popular in English speaking world as well, just Youtube/Google will find much info.”

Forsage has made such an impact that the SEC in the country issued a warning regarding it and other cryptocurrency scams operating in the region.

While most in the Western world still are unaware of Forsage, Wan and others fear that the collapse of the Ponzi could drive the crypto market, especially Ethereum, much lower than it is now. This comes in spite of the strong 30 percent correction in the price of ETH seen over the past week.

On the potential for Ethereum’s price to suffer if Forsage collapses without the funds being frozen by authorities, Wan stated:

“just for whoever lives in CT bubble: the ETH price floor is not from a few foodcoin scams or potential defi vault explosion, sadly is from the liveness of Forsage, the ongoing $ETH version Plustoken… tracking mega ponzi activities with crypto on-ramp has been my best macro strategy.”

This was echoed by a pseudonymous trader, who noted that per his analysis, the scam has garnered at least $200 million worth of Ethereum that could be sold on leading exchanges if it came down to it.