The third-largest Ponzi scam in history, Plus Token Wallet, could be responsible for the drop in price Bitcoin saw last week. 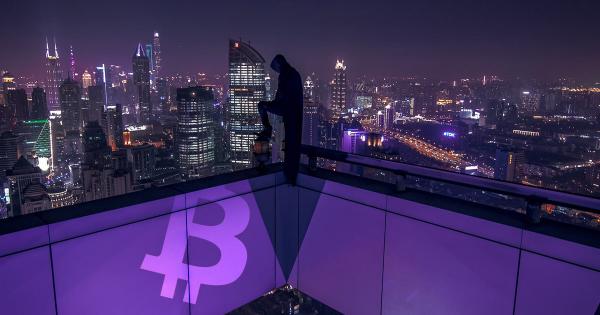 The third-largest Ponzi scam in history, Plus Token Wallet, could be responsible for the drop in price Bitcoin saw last week. According to one analyst, the massive liquidation from the Plus Token scam caused an abnormal effect on the market, leading to an increased sell pressure that forced miners to capitulate way ahead of schedule.

Chinese Ponzi scheme might have broken the crypto market cycle

The crypto market was caught off guard when, contrary to almost all popular predictions, Bitcoin’s price steered off its bullish course and dropped to $6,600. However, the market downturn didn’t come as a surprise to those who followed the developments surrounding PlusToken, one of the biggest Ponzi schemes in the crypto industry.

Back in August, CryptoSlate warned readers that perpetrators of the PlusToken scam could flood the market with stolen BTC and tank prices as they make their exit.

According to independent on-chain analyst Ergo, this was exactly what happened. The analyst dug deep into PlusToken’s Bitcoin holdings, as most public reports estimated the company held around 200,000 BTC.

After accounting for hidden funds and mixed coins, the analyst found the company held around 187,000 BTC. Nonetheless, he said a separate cluster of addresses caught self-transferring funds could increase this number significantly.

A single address, which is a suspected change collector for making BTC payments to Huobi, has liquidated more than 22,000 BTC in November alone, averaging at little over 1100 BTC per day.

“To put that into perspective, that is over 60 percent of the daily block reward in sell pressure.”

No end in sight for PlusToken’s BTC dump

If all of the addresses the analyst found associated with PlusToken continue dumping their BTC at the same pace, there’s very little chance that BTC will be able to remain above the $6,000 level.

According to Ergo’s estimates, there are still around 58,000 BTC in unmixed coins currently in addresses associated with PlusToken. If they continue selling between 1000 and 1500 BTC per day, the downtrend could last well over a month.

1. After CNY 2019 (Feb 5th) PlusToken on-ramp spike up significantly in Mar and Apr

2. Its team were arrested Vanuatu time on 6/25.. BTC crashed a day after https://t.co/WGvTLYmpgd

With Huobi being the exchange where most of PlusToken’s BTC was liquidated, many pointed out that it seems hard to believe that the exchange hasn’t been aware of the huge influx of bitcoin in the past few months.

Built on the ruins of BitConnect, PlusToken has taken the Asian market by storm, reportedly taking in as much as $3 billion in various cryptocurrencies, including BTC and ETH. The mobile wallet was promoted across South Korea and Southeast Asia as a crypto custodian that promised 6 to 18 percent monthly returns through arbitrage, trading, and mining.

PlusToken users were encouraged to recruit people in a multi-level marketing (MLM) structure, requiring a $500 minimum investment from all participants in the app. The pyramid scheme meant PlusToken was making money by paying old investors with money from new investors.

The company managed to operate just under a year before its users began experiencing problems with withdrawals. What began as delays quickly turned out to be an exit scam, as withdrawals were completely blocked.

While six of PlusToken’s leaders were arrested back in July, the exit scam continued throughout the summer and will most likely continue into 2020 if major exchanges such as Huobi fail to implement measures that would stop the liquidations.

Allegedly collapsed China-based Ponzi scheme Plus Token may be liquidating on exchanges portions of a reported $3.5 billion cache of stolen cryptocurrency, according to venture capitalist Dovey Wan, who is now appealing to the crypto ecosystem to spread awareness of the “critical” matter “before it’s too late”. 2 min read

The third largest Ponzi scam in history, Plus Token Wallet, allegedly scammed investors out of $3 billion in cryptocurrency. 4 min read