Max Keiser suggests the SEC's stance on spot BTC ETFs boils down to a conflict of interest within the organization. 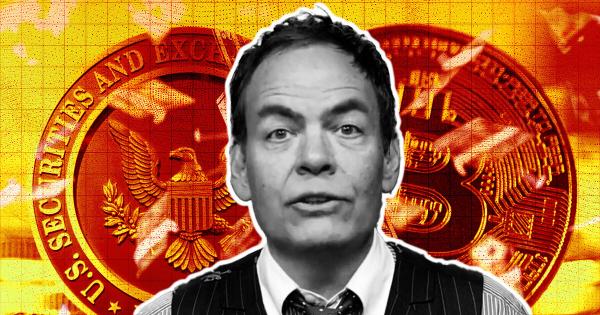 Bitcoin-bull Max Keiser gave his take on the absence of a spot BTC Exchange-Traded Fund (ETF) in the U.S., saying it’s “unconscionable” that the Securities and Exchange Commission (SEC) would continue denying applications.

“BITI affords investors who believe that the price of bitcoin will drop with an opportunity to potentially profit or to hedge their cryptocurrency holdings.”

In October 2021, ProShares were the first to launch a Bitcoin-linked futures ETF, trading under the ticker BITO. Since then, Valkyrie, VanEck, GlobalX, and Teucrium have launched similar products.

As futures ETFs are based on futures contracts, which are financial derivative contracts based on an obligation to buy or sell at a predetermined future date and price, they can differ from the spot price.

Typically futures are cash-settled rather than settled by physical delivery, where a transfer of the underlying asset takes place upon contract expiry. It’s argued that futures tend to favor speculators as a result.

Commenting on the approval of short and futures ETFs, a Grayscale trust, and a pension product, but not a spot ETF, Analyst Will Clemente said the SEC has an agenda against Bitcoin.

So there’s now a SHORT Bitcoin ETF, a Futures ETF, a closed end fund trading at a 30%+ discount, a 401K option for Bitcoin, but NO Spot ETF.

It is clear that @GaryGensler and the SEC have an agenda against Bitcoin.

“By allowing things like a futures Bitcoin ETF to exist, futures-based ETFs are notoriously horrible. They almost never work and they’re not suitable for retail, they’re not even suitable for institutions.”

The SEC has given a list of other reasons as well. For example, in November 2021, the agency wrote that VanEck had failed to meet its obligations under the Exchange Act and the Commission’s Rules of Practice. Therefore investors lacked protections against fraud and manipulation.

Keiser questioned who the SEC is working for, implying that the agency’s actions do not tally with an organization that wants fair and transparent markets. He further suggested that the lack of a spot ETF could be due to possible corruption.

“It seems to me to be some element of corruption here, going on. Obviously, a lot of people don’t want Bitcoin to succeed because it challenges them, and it challenges the banking system. Is that what’s going on?”