Mark Cuban is getting sued for promoting Voyager Digital

Billionaire Mark Cuban is getting sued by Voyager Digital investors and his basketball team, Dallas Mavericks fans, for promoting Voyager Digital, which went bankrupt in July. 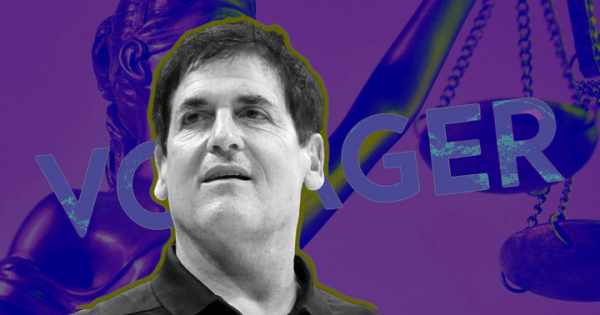 According to the plaintiffs, Cuban promoted Voyager Digital to Maverics fans numerous times on different occasions and allegedly took advantage of the inexperienced basketball fans. The lawsuit includes some quotes from Cuban promoting Voyager Digital, including the one where he said:

“I gotta add, I am a [Voyager] customer and I’ve been a customer for several months now. I like to use it, it’s easy, it’s cheap, it’s fast, and the pricing is actually really good, so we find it as a perfect fit for our Mavs fans and reaching Mavs fans of all ages.”

Plaintiffs argue that Cuban introduced Voyager Digital as being commission-free and overall cheaper than its competitors. However, the lawsuit contends that the investors were subjected to hidden fees and unreasonably high prices without realizing it.

Taking advantage of the fans

The lawsuit mentions Voyager Digital’s CEO, Steve Ehrlich, also helped manipulate the Maverics fans into investing in the project. The suit includes quotes from Ehrlich and Cuban during their speech at the Dallas Mavericks press conference.

During his speech at the conference, Cuban said there is no way to earn without investing first, but with Voyager Digital, users can earn by investing small amounts. He said:

“digital currencies[are] an attractive investment for novice investors who might only have $100 to start. That’s where Voyager enters the picture. […] Voyager platform makes the process easy and simplified for fans of all ages. […] You don’t have to spend a lot of money in order to learn.”

In addition to promoting the idea of investing little to earn big, Cuban also mentioned the lack of education in the sector. He said that most people don’t understand the fundamentals behind crypto, and Voyager Digital will “try to bring that level of education to our fans and to our joint customers.”

Ehrlich also supported Cuban by mentioning the user-friendly interface of Voyager Digital and the rapid acceleration of crypto adoption rates.

Moreover, Cuban was caught on the recording saying that Voyager Digital is entirely risk-free. A plaintiff mentions this comment precisely and says:

“[I] saw many statements from Mark Cuban stating that Voyager was “100% Risk Free, and it’s as close to risk free as you are going to get in the crypto universe . . . [Mark Cuban’s] trust in Voyager [] made me purchase the coin from Voyager . . .”

When announcing the bankruptcy, Ehrlich pointed ad 3AC’s dept and bearish market conditions as reasons. He also said that the Chapter 11 bankruptcy was a way for Voyager to maximize recovery and was deliberately made by the team before Voyager went beyond the point of being saved.

Stephen Ehrlich is a veteran in the capital markets space. Learn More