The S&P 500 just broke a critical resistance; here’s what this could mean for Bitcoin

Despite its reluctance toward crypto finance and ICO advertisements, Google is not shying away from the technical prowess of blockchain networks. The search giant recently announced its new database tool, which helps explore the Ethereum blockchain.

The new plugin follows the release of a comparable tool for analyzing Bitcoin transactions from its BigQuery database several months ago.

With regard to the aforementioned, Google refers to searching Ethereum’s transactional data as an aggregate instead of a linear database. The company believes such a classification will help to make better business decisions, balance sheet adjustments and prioritize upgrades to the Ethereum network.

BigQuery can connect directly to the Parity client, making the development process for dApps and other Ethereum-based applications a less cumbersome task.

As explained by Google, a cloud-based server would synchronize data from the Ethereum blockchain to computers running Parity in real-time. Next, all transactions–including smart contract executions and token transfers–will be “extracted” by the system daily before being updated.

Last, datasets will be partitioned according to date-specific inputs, making the process cost-effective and accessible for organizations.

The development also signifies greater accessibility for the broader public, as all regular Chrome users can easily access the Ethereum blockchain to make data-driven decisions–complete with Google’s automated charts for a variety of datasets including storage values and transactional costs.

It also indicates the increasing relevance of blockchain technology, and in particular, the Ethereum network. Corporations running Ethereum clients can check the network capacity, identify if updates are required and, most importantly, calculate if the network is impending any crucial process.

To visually represent the system, Google included examples of CryptoKitties and OmiseGo on its blog. In the chart below, all of CryptoKitties’ breeders that own 10 cats or more are shown, with the sizes of the blobs implying each kitty’s “birth,” highlighting all of the game’s data in a single image. 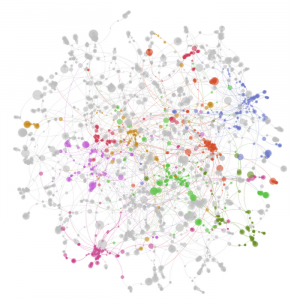 Similarly, the below chart displays token activity for OmiseGo (OMG), a Thailand-based cryptocurrency project and Vitalik Buterin-evangelized ERC20 token. An overview of all transfer data relating to OMG’s blockchain is displayed, with the blue spike indicating a recent airdrop on the network. 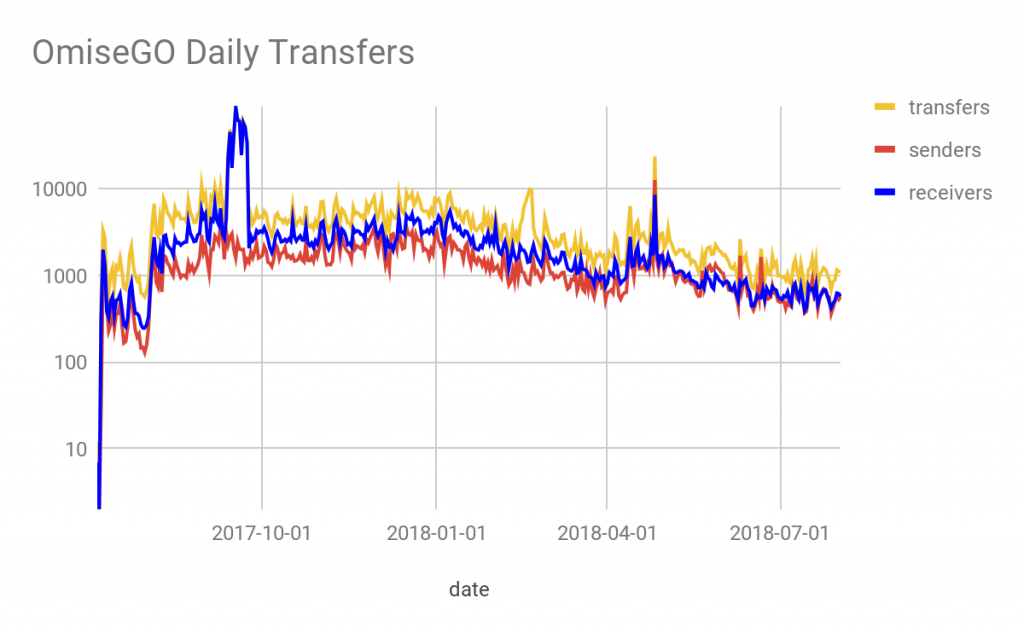 For a third example, Google showcased the ability of its plugin to compare smart contracts with each other graphically, which could allow clients to analyze multiple aspects visually instead of scourging throughout ledger data.

Meanwhile, the search giant is not ending blockchain-support on plugins. Google intends to release an easy-to-use, full-fledged development kit for smart contract building and dApp deployment before 2019.

Bitcoin’s price action as of late has been rather lackluster, with the benchmark cryptocurrency struggling to garner any decisive momentum following its recent series of rejections at $10,000.