Despite the rallies in Bitcoin and the stock market, the past three months have been the worst months for the economy since the Great Recession, maybe even earlier.  Dozens of millions have become unemployed, revenues have fallen off a cliff, and there is growing social unrest as different groups address the COVID-19 pandemic in different […] 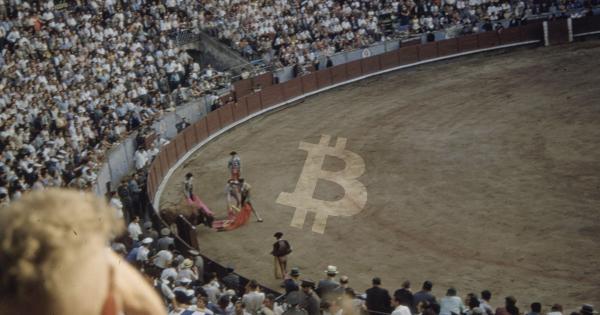 Despite the rallies in Bitcoin and the stock market, the past three months have been the worst months for the economy since the Great Recession, maybe even earlier.  Dozens of millions have become unemployed, revenues have fallen off a cliff, and there is growing social unrest as different groups address the COVID-19 pandemic in different ways.

In the face of all this, Bitwise’s global head of research, Matt Hougan, said in an investor letter titled “May 2020: Welcome to Crypto’s Fourth Era” that the past six weeks have “been among the most eventful—and bullish—in crypto’s history.”

Why the past six weeks are among Bitcoin’s best

Backing the strong assertion that the past six weeks have been among Bitcoin and crypto’s best, the analyst pointed to a number of trends indicating that the intrinsic values of cryptocurrencies, especially Bitcoin, have risen dramatically over this time frame.

They are as follows:

What comes next for the crypto space?

With the past six weeks being some of the most bullish ever for cryptocurrency as the analyst suggested, the pressing question of what comes next has been raised.

According to Hougan, the recent trends confirm that Bitcoin and crypto are entering their “Fourth Era” — the fourth large market cycle that will see the very fabric of the industry change dramatically.

This was echoed by Andreessen Horowitz’s Chris Dixon and Eddy Lazzarin, who postulated on May 15 that the third crypto cycle came to an end in 2019 while the fourth cycle has just begun.

Hougan predicted there will be three core trends that will define this next era:

What he didn’t indicate, however, is how these Fourth Era trends will translate into movements in the value of cryptocurrencies, especially Bitcoin.

But there wasn’t meant to be a price prediction as a takeaway. As Hougan indicated, the core point of his report is to illustrate that in the coming few years, cryptocurrencies will become mainstream assets and technologies:

“By the end of the Fourth Era, we believe bitcoin and other cryptoassets will be treated as normal investments by most investors. They won’t be owned by everyone, any more than everyone owns REITs or MLPs or tech stocks or gold, but they will be considered mainstream.”

Analyst: here’s how far Bitcoin’s dominance needs to drop before altcoins can rally

Bitcoin’s recent uptrend has come about largely at the expense of smaller digital assets, as many altcoins have posted a severe underperformance of BTC as investors grow increasingly keen on finding assets that can perform well given the current global economic situation.

While we are only four and a half months in, 2020 has already been a crazy year for Bitcoin, for the American economy, and the whole world.

Bitcoin has seen some turbulence in recent times as buyers and sellers both attempt to gain control of the cryptocurrency’s mid-term trend.