Just six weeks after Bitcoin crashed to $3,700, the cryptocurrency has started to push $8,000 — more than 115 percent higher than the March lows. 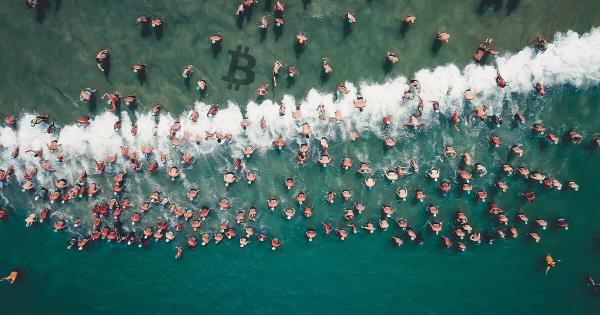 Photo by sergio souza on Unsplash

Just six weeks after Bitcoin crashed to $3,700, the cryptocurrency has started to push $8,000 — more than 115 percent higher than the March lows.

It’s a reversal that has shocked analysts, to say the least, as many expected BTC (and stocks for that matter) to fall once again as the COVID-19 outbreak has worsened.

Although these fears have still persisted, with Goldman Sachs recently reporting that the S&P 500 is showing the same weakness it did amidst the Dotcom Crash and the Great Recession, simple supply-demand dynamics suggest that Bitcoin is about to erupt higher.

Although BTC seemingly moves without rhyme or reason, the cryptocurrency is just like any other market in one key way: most movements in the price of a free-market asset are based on supply and demand.

Thus, investors have started to take notice as a number of supply and demand-related trends have transpired in the Bitcoin market that could impact prices:

On the supply side of things, data from Glassnode has shown a strong decrease in the BTC balances of all exchanges, and IntoTheBlock has observed that more and more of circulating coins are being held and not moved.

On the demand side of things, there’s been a strong increase in the amount of U.S. dollar stablecoins in circulation, which analysts say is indicative of strong demand for cryptocurrency.

Should simple supply-demand analysis hold for Bitcoin, the decrease in the supply of coins held on exchanges and being investors losing propensity to sell their coins, coupled with the simultaneous increase in demand for coins indicated by USDT’s growth, will send BTC into a strong bull trend.

The timing is perfect: Bitcoin’s halving is two weeks away

What’s especially interesting about this trend is that in two weeks as of the time of this article’s writing, Bitcoin’s block reward reduction (or “halving”) will transpire.

A block reward reduction is when the number of BTC issued every block (every ~10 minutes) gets cut in half, resulting in a 50 percent drop in inflation. In the case of the upcoming halving, coins issued every block will fall from 12.5 to 6.25.

This event will only exacerbate the supply-demand equation in favor of bulls, as the drop in issuance of BTC should lead to fewer coins being sold on the open market while demand stays consistent, or even grows.

The 2020 halving is an event that could send the cryptocurrency to new heights, potentially a whole order of magnitude higher than the previous all-time high of $20,000, according to a new analysis.

But wait, it gets even better.

This supply-demand dynamic playing out takes place as the Federal Reserve — the United States’ central bank — has begun to inject trillions of dollars worth of stimulus into the economy to keep it afloat.

In a recent update, crypto-analysis firm Arcane Research noted that with the balance sheet of the central bank has climbing past $6.5 trillion, up 58 percent since the end of February, Bitcoin stands to benefit.

The idea goes that the trillions of dollars worth of stimulus, which acts as a tool for debasing the U.S. dollar and other fiat currencies, will act as a boon for Bitcoin as the cryptocurrency has a fixed supply of 21 million coins, which is what some say give the asset much of its value.

Not to mention, data shows that stimulus money is actually being spent on Bitcoin, only corroborating this narrative.

As reported by CryptoSlate previously, Coinbase CEO Brian Armstrong reported that on the day the first round of $1,200 stimulus checks was sent out to millions of Americans, the BTC purchases or cash deposits that were exactly $1,200 exploded higher by 400 percent.

As Kelvin Koh, partner at The Spartan Group, wrote in a recent analysis fittingly summing up this perfect storm:

“Some of the trillions of dollars of stimulus from central banks will inevitably flow into crypto assets. The fact that this coincides with the block reward halving of BTC and its derivative assets is uncanny timing. […] This dramatically increases the odds that we get another exponential price spike.”

Tether just printed another $240m as demand for Bitcoin flourishes