The entire world, including the Bitcoin industry, has been ravaged by the coronavirus outbreak over the past few weeks; indeed, to mitigate the spread of COVID-19, authorities have been forced to enact emergency measures, thereby shutting down thousands of businesses and resulting in millions laid off around the world. 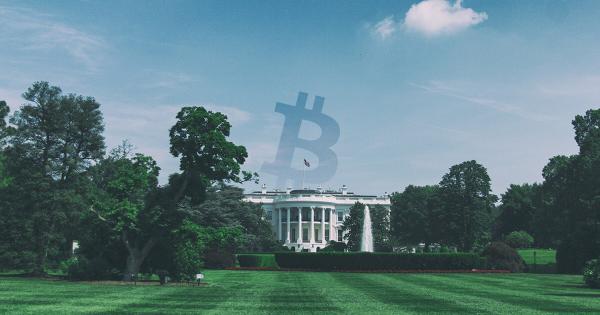 The entire world, including the Bitcoin industry, has been ravaged by the coronavirus outbreak over the past few weeks; indeed, to mitigate the spread of COVID-19, authorities have been forced to enact emergency measures, thereby shutting down thousands of businesses and resulting in millions laid off around the world. In short: the economic impact has been huge.

It’s no surprise, then, that governments have been forced to react. Canada announced a CAD$82 billion stimulus package, the European Central Bank upped its large-scale asset purchase operations, and Hong Kong pledged to send its citizens HK$10,000 each.

But the U.S. has gone big. Really big.

Reports indicate that $2 trillion of this sum (if passed) will be direct cash payments to businesses and individuals who are suffering under the stress of the coronavirus outbreak and that the rest of the $6 trillion (a remainder of $4 trillion) is for the Federal Reserve.

To contextualize the staggering sum that is $6 trillion, I shared the below message. $6 trillion is the same as one-third of America’s entire GDP, 130% of the Federal Reserve’s balance sheet, enough money for $850 for every human being on Earth, or enough money to buy 900 million Bitcoin at current prices — if 900 million BTC existed, that is.

Here's some perspective on the astronomical number that is $6 trillion.

$6 trillion is the same as

Although none of this stimulus will go directly towards Bitcoin, analysts believe that this money will only dramatically boost the value proposition of Bitcoin and other cryptocurrencies.

Preston Pysh, a prominent market analyst and podcaster, recently commented on the importance of the stimulus to Bitcoin in a podcast with Anthony Pompliano, a partner at Morgan Creek Digital.

On the checks that will soon be spent to American households, Pysh remarked that there are many millennials (and presumably those in other demographics) that are ready to allocate a fair portion of these checks towards Bitcoin because they see the value in this technology and in a sound, digital money in a digital world where scarcity has fittingly become fleeting.

More broadly, analysts believe that this stimulus may be the impetus of a great bout of inflation, similar to the one seen after the abolishment of the gold standard.

BitMEX Research wrote in a recent report that considering the influx of monetary and fiscal stimulus that has begun, there is a high chance Bitcoin will see dramatic appreciation:

“In our view, in this changed economic regime, where the economy and financial markets are set loose, with no significant anchor at all, not even inflation targeting, it could be the biggest opportunity Bitcoin has seen, in its short lifetime.”

This has been corroborated by Su Zhu, CIO and CEO of Three Arrows Capital. Per previous reports from CryptoSlate, the investor believes that the U.S. dollar is set on a path for inflation it “will be hard to turn back from,” which will likely be a factor that will fuel Bitcoin’s rally to “$50,000 relatively quickly.”

New York Governor warns lockdowns could last through 2020; how will Bitcoin fare?