Cryptocurrencies have always had an antagonistic relationship with governments, central banks, and regulators. 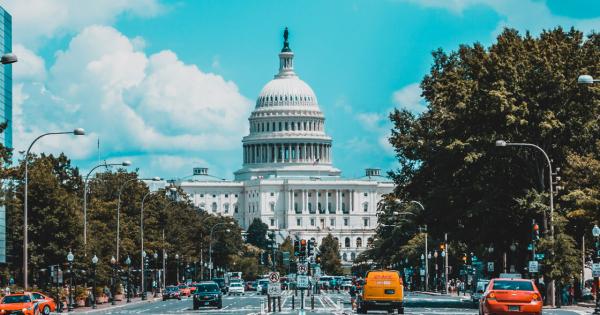 Photo by Jorge Alcala on Unsplash

Cryptocurrencies have always had an antagonistic relationship with governments, central banks, and regulators.

After all, Bitcoin, the first and still most popular digital currency, was created as a response to the shenanigans at large banks that was overlooked by regulators and served as a prime catalyst for the 2008 financial crisis.

Bitcoin’s creator, Satoshi Nakamoto, seemed to believe that technology alone could regulate a network of p2p transactions, and to this point, government oversight hasn’t been necessary.

For a time, many even believed that cryptocurrencies were immune to government interference. Of course, those assumptions proved to be untrue as regulations and outright bans have had a significant impact on crypto markets. This year, crypto enthusiasts are anxiously awaiting news about possible federal regulations that could have a substantial effect on digital currency adoption.

Governments and cryptocurrencies may be adversaries, but things may not stay that way forever.

In comments to The New York Times, Kevin Warsh, a former short-list candidate to head The Federal Reserve, expressed interest in pursuing a FedCoin that could be used to facilitate monetary policy.

Warsh stopped short of asserting that a FedCoin could replace cash, but he insisted that federal governments and central banks are not inherently against digital currencies. For instance, Walsh remarked:

“Most central banks have a view that these crypto-assets are clever, like guys in the garage did it and it’s kind of cool, or risky.”

A FedCoin could operate like a fiat-backed currency that helps facilitate digital transactions. Since a significant amount of operations are already digital, a cryptocurrency could make these transactions faster, cheaper, more secure, and fully audible.

Although no country currently has a national cryptocurrency, Venezuela embarked on a controversial cryptocurrency initiative to help prop up their fledgling oil-driven economy. However, Venezuela’s actions are not what Warsh has in mind.

Instead, he sees a FedCoin as a way to mitigate a financial crisis and to achieve greater efficiencies from financial markets.

Warsh’s reserved his highest praise for the blockchain, which could serve as an immediate addition to the payments sector of The Federal Reserve. He notes:

“We actually look at blockchain as something that might have significant application in the wholesale payments part of the economy.”

To be sure, he isn’t the only one to arrive at this conclusion. Many people, especially at the government level, remain skeptical of cryptocurrencies, but the blockchain is much more accepted.

In March, blockchain technology was featured in the Congressional Join Economy Report where it received unanimous praise for precisely the same features that Warsh acknowledged.

In this way, it seems like we are much more likely to see a degree of blockchain integration at The Federal Reserve before cryptocurrencies get involved.

Warsh is currently serving as a distinguished visiting fellow at Stanford’s Hoover Institute, so he doesn’t have any direct sway over the decisions made at the Fed. However, his opinions are illustrative of a broader sentiment that cryptocurrencies and the technology that powers them are more than kitschy.

They are causing many people to question their efficacy and to begin devising new methodologies for establishing their implementation.