As per Venezuelan newspaper, the Official Gazette, all government institutions are now required to accept Petro as legal tender. 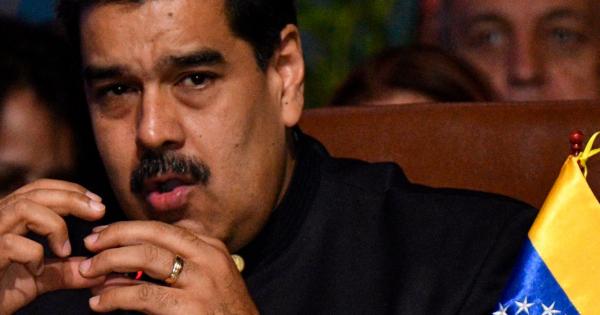 As per Venezuelan newspaper, the Official Gazette, all government institutions are now required to accept Petro as legal tender. The proclamation was made official on April 9 by President Nicolás Maduro and gives all government bodies a maximum of 120 days to comply with the decree.

The regulation of the state-backed asset will be carried out by a specially devised financial unit called the National Cryptocurrency Treasury. It will be headed by Abraham Landaeta and backed by Anthoni Camilo Torres who will be in charge of the country’s virtual asset exchange.

Petro has been in the news for quite some time now, and with all of the turmoil that the country seems to be going through, it comes as no surprise that President Maduro has taken such a promulgatory stance on the national backed cryptocurrency.

Venezuela is the midst of one of its most dire economic crises of the recent past and is now facing issues related to severe hyperinflation.

“The International Monetary Fund forecasts that inflation will hit 13,000 percent by year-end, while the economy is set to contract 15 percent leading to a cumulative GDP decline of nearly 50 percent since 2013.”

Additionally, the country is also being ravaged by problems of extreme food shortages that have caused an alarming spike in cases related to malnourishment and hunger.

While the government feels that by deploying its oil-backed cryptocurrency they might turn things around, it is still difficult to envision how such a move can blanket solve all of the previously mentioned issues together.

According to media outlets, Maduro claims that his government has already brought in seed investments from Chinese, Russian and Mexican investors which lay in excess of $5 Billion. However, since these figures have not been verified by any third party financial authority, it is difficult to ascertain their efficacy.

With the way things currently stand, President Maduro is being faced with the prospect of widespread famine and disease if drastic measures are not taken soon.

While many media and crypto-research outlets continue to call Petro a scam, the currency has already been employed by the Venezuelan government for tax payments.

Similarly, in an effort to promote the state-funded crypto, Maduro said in a speech last week that his regime has purchased 30 ambulances that will use the virtual token as well as sanctioned new petro zones where the currency will be accepted for everyday payments and transactions.