CryptoSlate talked to James Wo, an early investor and supporter of Polkadot and Kusama Network. 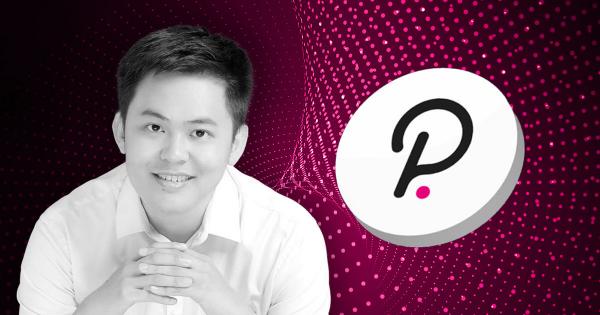 James Wo founded Digital Finance Group (DFG) in 2015. The firm is self-funded by James and currently it has assets under management of over $1 billion. DFG focused on blockchain equity and token investment– with a portfolio that ranges from Layer 1, Layer 2, Web3, CeFi, DeFi, NFTs, and beyond.

DFG is among the first crypto VCs to adopt equity investment and made an early bet on some of the most prominent companies–including Circle, LedgerX, Coinlist, 3iQ, Amber Group, to name a few.

Meanwhile, James also serves as the board and committee member of the Chamber of Digital Commerce and acts as Chairman at UAE Licensed Matrix Exchange.

The DFG founder and CEO broke down his investment thesis while revealing which projects, in his opinion, have what it takes to build the Web3 future.

Focus on the long-term growth of the projects

“We believe that we are investing in more than just a project, we are looking at the team and how they are building a valuable solution that will shift the way we see and use the web,” said James, when asked about how Polkadot crowdloan support complements DFG’s seed and private round commitments, as well as investing on the secondary market.

“So basically, once we participate in a funding round we are looking at it with our long-term glasses and by supporting them in events such as crowdloans or snatching up undervalued tokens in the secondary market, we are empowering them to focus on said solutions while reducing the stress of checking on their levels of funding”–he broke down his Polkadot investment strategy, noting that the end goal is to help create an environment for their partner projects to succeed.

Who is ready for the Web3 future?

When asked who are, in his opinion, the biggest competitors out there–leveraging scalability and interoperability needed for Web3, James answered he definitely believes that Polkadot is “way ahead of the curve.”

“We have only just begun with crowdloans that will result in the first batch being onboarded this December, so 2022 will be even more exciting when it comes to actually having users benefit from some of the amazing platforms and solutions that will begin to work on Polkadot,” said James, adding that it is still early for Polkadot–since the adoption potential is yet to unravel.

However, James added that “in terms of competition, it would be ingenious not to talk about Ethereum, which has the track record and is working towards scalability and interoperability with ETH2.0, while having hundreds of service providers successfully running on top of their blockchain.”

“But until then, we are witnessing amazing growth in alternative protocols such as Solana, Avalanche, NEAR or Cosmos that are already actively working with scalability and interoperability as one of their founding principles,” he concluded.

In line with his belief that the future will be defined by Web3, James is looking at future use cases, and beyond–investing into infrastructure innovation.

Pitching in $1.5 million, DFG recently led the seed round for Rivet–aimed at growing the team, as well as product and service development.

We are glad to lead the seed round of @R_I_V_E_T Infrastructure is so important in our industry! @JSquare_co @DFG_OfficiaI https://t.co/U0SNt6L2vd

“We are looking at the industry with long-term glasses and that’s why our investment thesis has been so successful,” said James about being on the lookout for “solutions that everyone will be using, but not necessarily seeing in the upcoming decades.” 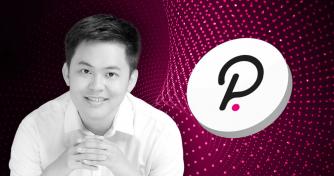 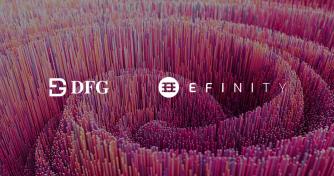 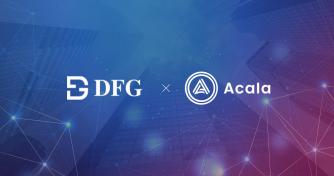