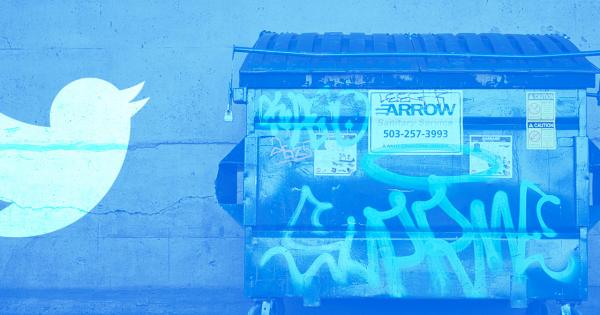 The latest wave of giveaway scams has returned to Twitter and new suckers are entering the cryptocurrency sphere. Now, every meaningful crypto celebrity has their own botnet scamarazzi.

The golden age of giveaway scams

Giveaway scams have existed for as long as crypto has been talked about on Twitter. These scams promise instant returns to those who send coins to a specific address, preying on the stupid and greedy. Obviously, these coins will never return to their rightful owners.

These scams saw their heyday during the bull market of late 2017. As the markets went into a froth anything crypto would yield gobs of profit. The most unqualified of charlatans were able to present any idea, “on the blockchain,” and turn them into multi-million-dollar ICOs.

At the time, scams were easy to perpetrate against the legions of profit-hungry crypto noobs. It got so bad that Ethereum co-founder Vitalik Buterin added “not giving away ETH” to his Twitter username (now simplified to “non-giver of Ether”).

During the bear market of 2018, these scams subsided as amateur investors were purged from the market as Bitcoin crashed from above $19,000 to sub $4,000. Incinerated weak hands meant less money from scamming people.

The return of the horde

However, the bull market has returned and with it, new blood. This fresh meat presents new profitability for this age-old scam. Once again top crypto influencers such as Binance’s CEO Changpeng Zhao, Litecoin creator Charlie Lee, and Coinbase CEO Brian Armstrong are under assault.

Spare no corporate account, because exchanges like OKEx and Huobi are getting bombarded by unscrupulous tweets, too.

These scams leverage large botnets, collections of bogus accounts, to raise the legitimacy of the scam by interacting with the giveaway tweets. Unsophisticated users unable to differentiate between real and fake activity are fooled. Meanwhile, Twitter’s algorithm is gamed, giving more visibility to the scam.

Jack Dorsey, are you going to do something?

The volume of these scam tweets make notifications practically unusable for many accounts. Furthermore, these tweets fill-up the comment section of targeted accounts, burying meaningful interactions and make Twitter unusable as a way to engage with one’s community.

Yet, these scams have existed for a long time, and Twitter still isn’t sophisticated enough to filter out the garbage.

To solve the issue Jack Dorsey needs to implement new methods for identifying and eliminating spam:

Twitter has become a hub for interacting with the juggernauts in the cryptocurrency industry. It’s also one of the best places to find the freshest news, not just on crypto.

However, scam spam is a serious impediment to the user experience. Jack Dorsey, if you want to keep people tweeting, liking, and retweeting, then please do something and fix the crypto giveaway problem.