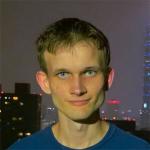 Vitalik Buterin was born in Kolomna, Moscow Oblast, Russia and lived in the area until the age of six when his parents emigrated to Canada in search of better employment opportunities.

While in third grade of elementary school in Canada, Buterin was placed into a class for gifted children and started to understand that he was drawn to math, programming, and economics. He also had the ability to add three-digit numbers in his head at twice the speed of his peers.

In 2012, he obtained a Bronze Medal in the International Olympiad in Informatics. He attended the University of Waterloo but dropped out in 2014, when he received the Thiel Fellowship, and went to work on Bitcoin full-time.

Buterin is a co-creator and inventor of Ethereum, described as a “decentralized mining network and software development platform rolled into one” that facilitates the creation of new cryptocurrencies and programs that share a single blockchain (a cryptographic transaction ledger).