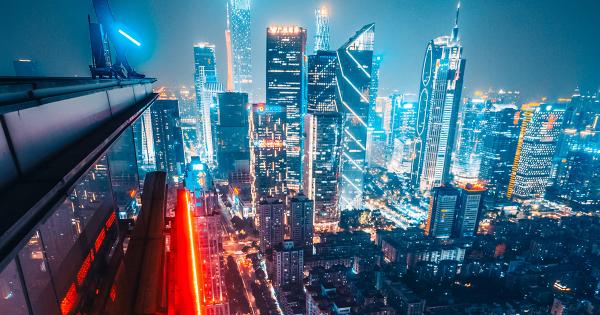 The government of Guangzhou, a province in southern China, announced that it will launch a $150 million subsidy fund to aid the development of local blockchain projects. The government will selectively sponsor up to two “blockchain-related” projects per year, local Chinese media reported.

Following China’s President Xi Jinping’s public endorsement of blockchain technology, the country ramped up its effort to become the next hub for blockchain development. Chinese Congress was quick to pass what has now been dubbed the “blockchain law,” clearing out any regulatory uncertainties in the space.

The latest big step undertaken in the country was the launch of a 1 billion yuan subsidy fund focus solely on the blockchain.

According to a report from Caijing, a Beijing-based media outlet, the government of Guangzhou announced the launch of the subsidy aimed at “outstanding blockchain projects.” A portion of the 1 billion yuan fund, which is around $142 million, will be used to invest in “blockchain-related” companies, local media reported.

While more details about the exact allocation of the funds are yet to be released, the official government announcement explained that it plans on focusing on two blockchain projects per year. The biggest subsidy for a “public chain” project will be 10 million yuan, or $1.4 million, while federated chain initiatives will be able to get grants up to 3 million yuan, or around $420,000.

According to Primitive Ventures’ Dovey Wan, other local governments in China will follow suit and launch their own funds. 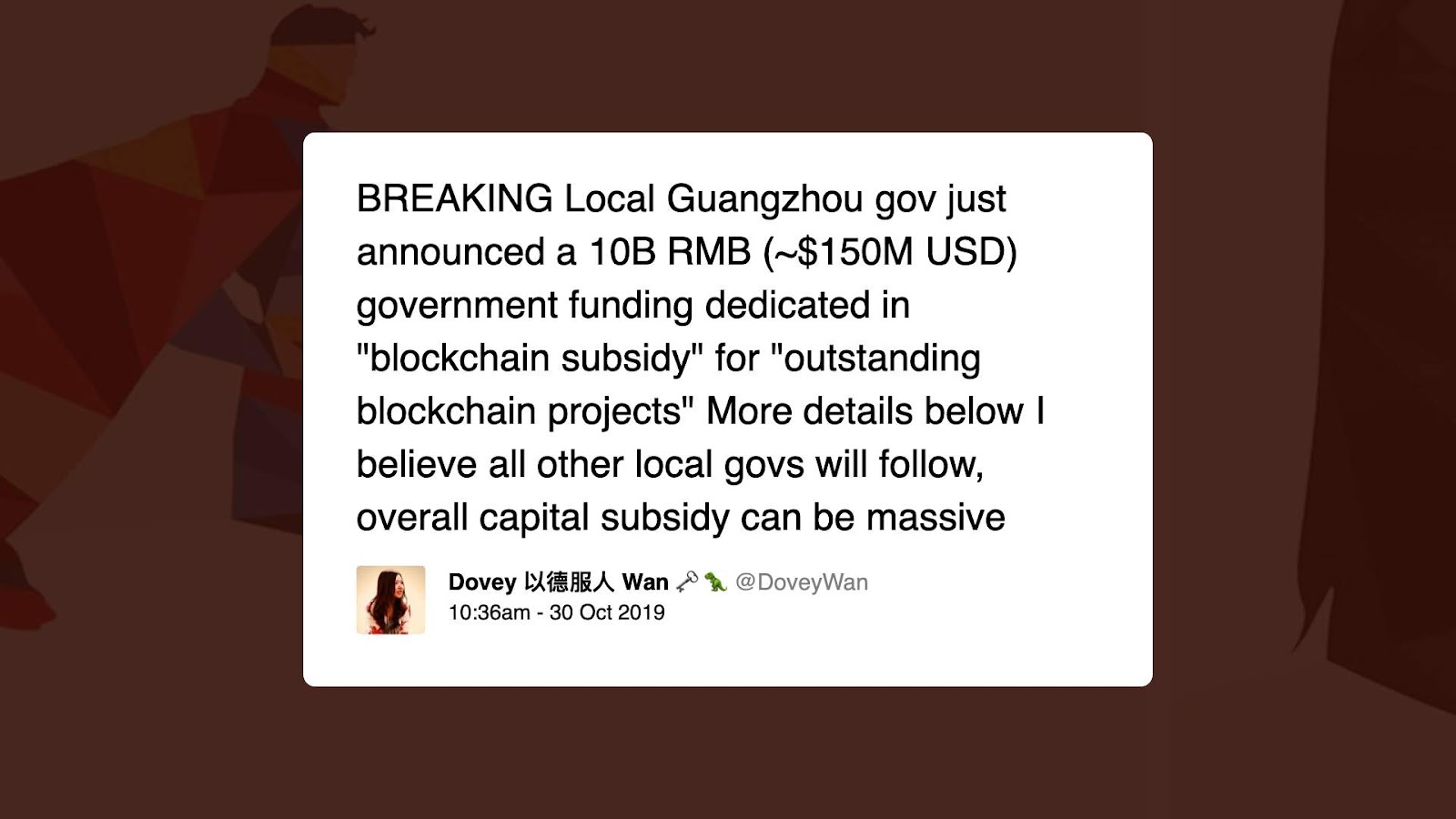 They would be joining the ranks of Nanjing, Shenzhen, and Hangzhou, all of which have launched blockchain funds last year.

This, Wan said on Twitter, could be “huge” for talent attraction and retention, as other provinces will most likely want to compete. 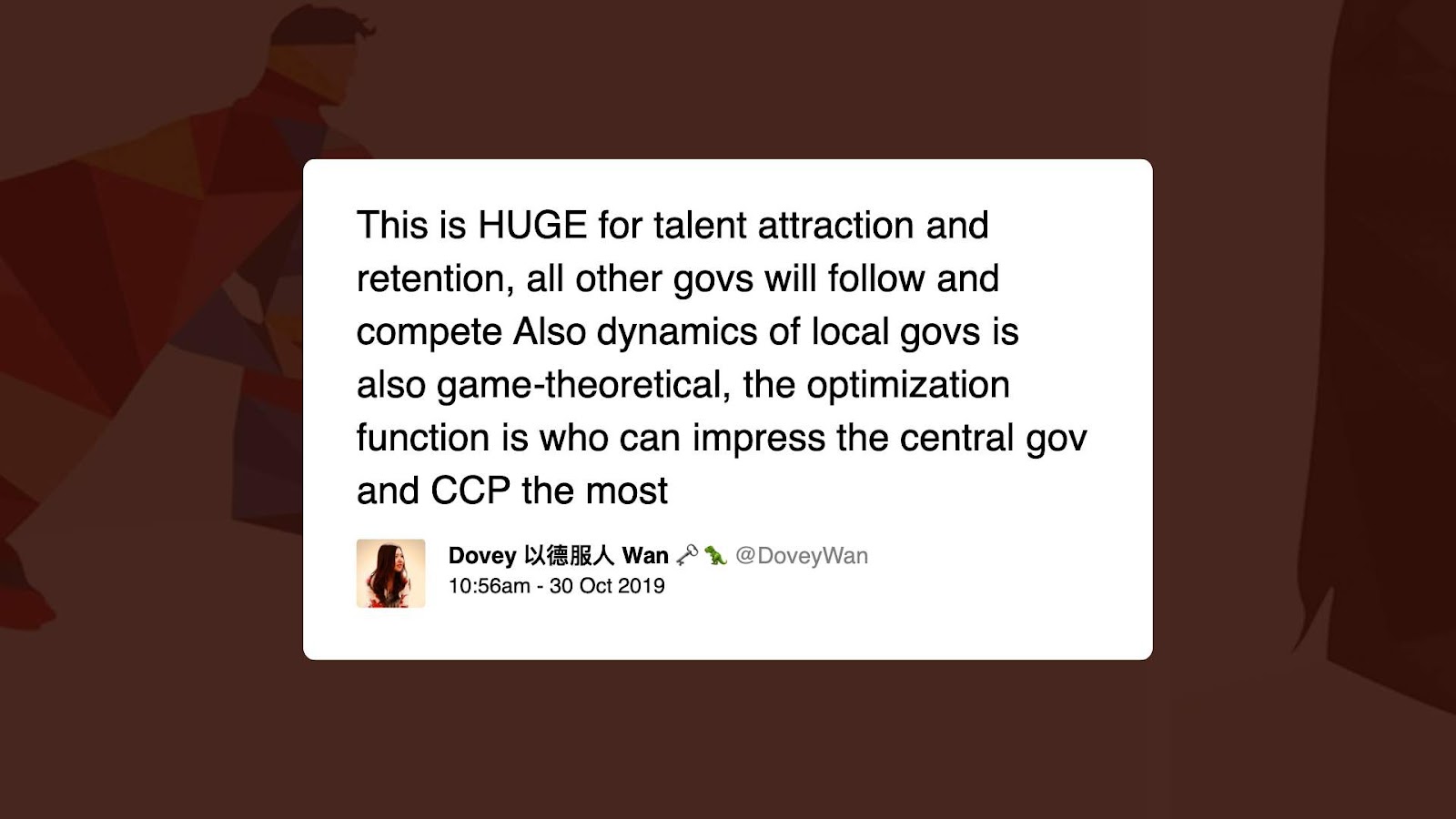 And while this was touted as a hugely significant development for blockchain technology in general, it’s worth noting that neither the new law passed in China nor the newly launched Guangzhou fund will bring about a crypto revolution in China. Trading cryptocurrencies is still banned in the country, where even mentions of tokens or crypto exchanges are censored on social media.

The government of Guangzhou made sure to clarify what constitutes a “public blockchain” in an Oct. 28 document, explaining that any trustworthy network without a centralized node could be considered a public blockchain. However, official government documents also specify that they plan on subsidizing only public blockchains “without a token,” but no further details about this category were given.

In a follow-up tweet, Wan said that there was a possibility that such a chain doesn’t exist yet. 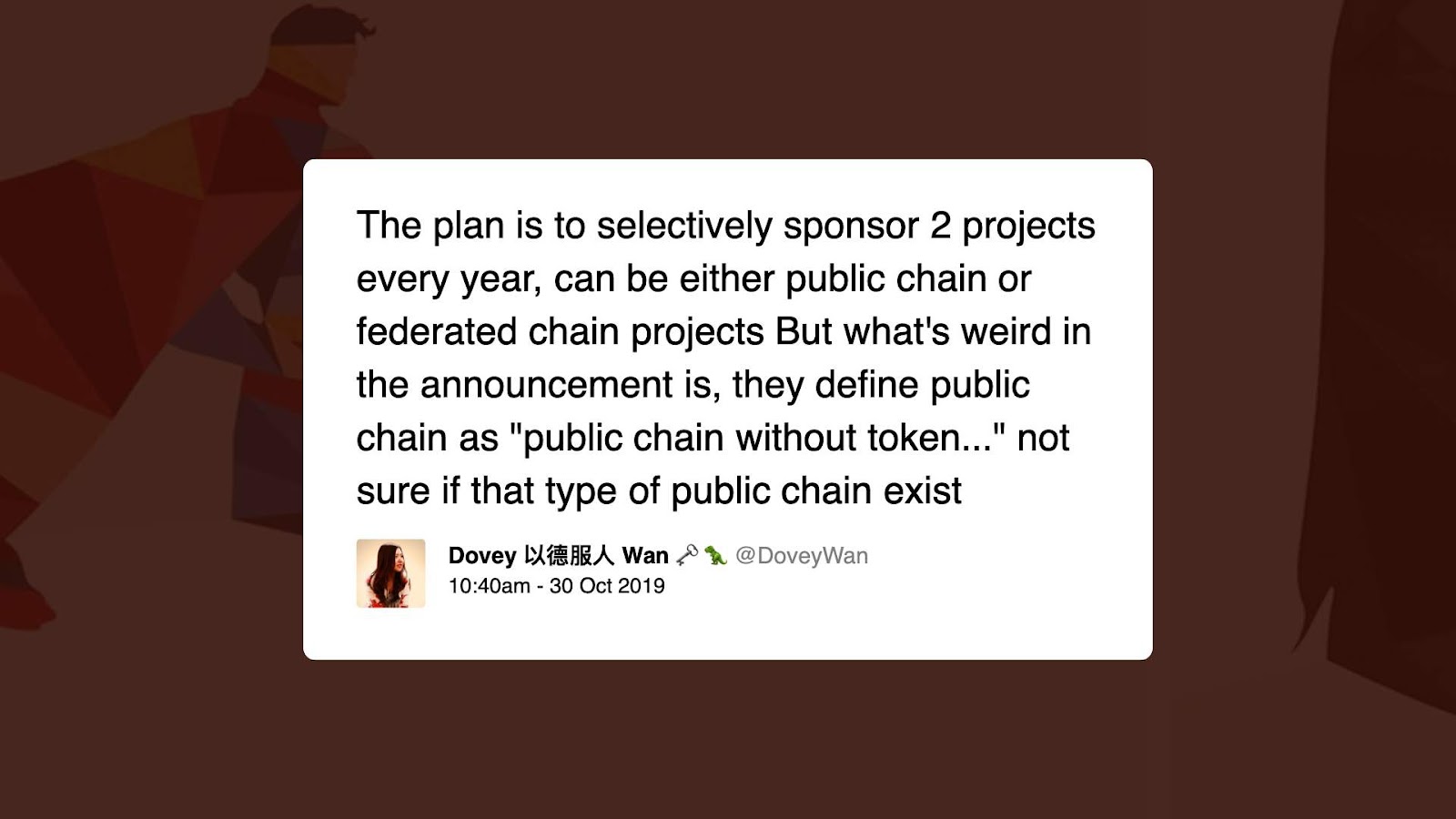 Search volumes for the word “blockchain” skyrocketed in China after President Xi Jinping said that his administration would embrace blockchain technology.

Search volumes for “Bitcoin” on China’s social media platforms have spiked sharply following the Chinese government’s announcement of an openly bullish stance on blockchain and its various applications, including digital finance.