XRP investors have their fingers crossed that a closed SEC meeting this week could spell the end of legal action against Ripple. 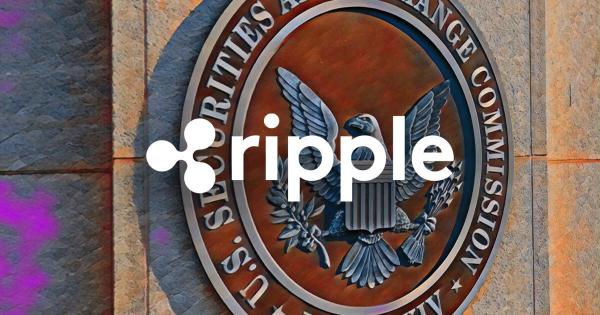 XRP investors, the token issued by payments firm Ripple, are optimistic that a closed Securities and Exchange Commission (SEC) meeting this week will see a withdrawal of the lawsuit against the firm.

It’s the first meeting led by newly appointed “crypto-friendly” chairman Gary Gensler, who’s three weeks into the job at this point. While it’s likely non-crypto business will dominate, the wording in the release has XRP holders hopeful that this will mark the end of the legal saga.

The Ripple lawsuit has backfired spectacularly against the SEC

In the most significant case of its kind, the SEC alleges Ripple and two key executives conducted $1.3 billion of unregistered securities offerings. CEO Brad Garlinghouse had always maintained the U.S. regulator is “misguided” in its approach.

Nonetheless, as the case has gone on, the SEC’s position has become increasingly untenable as the flaws in their allegations get exposed by Ripple’s legal team.

News outlet Forbes published an article last month detailing how the lawsuit has backfired on the SEC. Even to the point that the SEC is now the one on trial, not Ripple.

“If these regulators were honest, they would admit that nothing in the 1933 Securities Act refers to cryptocurrency and then would request Congress to clarify the statue. Instead, the SEC made an unfounded determination with no warning or process.”

Taking this into account, some observers doubt the SEC can continue pursuing Ripple. Making a withdrawal the right thing to do under these circumstances.

The SEC will meet this week for a closed meeting on May 6. Under the Matters To Be Considered Section, points of consideration include discussing the settlement of injunction actions and the resolution of litigation claims.

The release did not mention Ripple specifically. But Attorney Jeremy Hogan points out that the discussions will almost certainly include Ripple within this context.

“The first meeting with Gary Gensler at the helm! When I worked for insurance companies, we would have this type of meeting to discuss overall strategy and CERTAIN particular cases of note. The SEC has a lot of cases in litigation but certainly Ripple will be discussed here.“

Does Gensler Want The Courts to Decide?

During an MIT conference in 2018, Gensler put forward the case that both Ether and XRP are securities. This point is a bone of contention with Ripple’s legal team. Part of their defense is to establish the difference between the two cryptocurrencies and why Ether has a pass.

Nonetheless, should Gensler retain this view, it’s logical that he would support a continuation of the legal process. But with many unknowns in the mix, Ripple investors may still have a battle ahead.