There are now over 10,000 Bitcoin ATMs in the world

The past few months have been marked by increasing fears of inflation, excessive money printing, and an increased conversation about the role of Bitcoin and gold amidst such a bleak outlook. 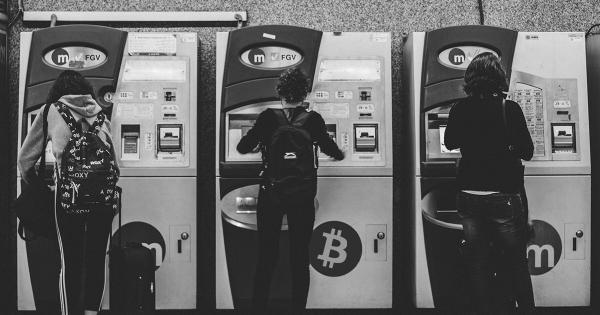 Photo by Yunming Wang on Unsplash

The past few months have been marked by increasing fears of inflation, excessive money printing, and an increased conversation about the role of Bitcoin and gold amidst such a bleak outlook.

While investors like Paul Tudor Jones and companies like MicroStrategy have already adopted the so-called “Bitcoin Standard,” there’s increased avenues for the retail crowd to purchase Bitcoin as well.

A metric in this regard is the large number of Bitcoin ATMs that sprung up this year, with research stating there are over 10,000 machines scattered around the world that now dispense Bitcoin, or take cash for Bitcoin.

According to a report by AksjeBloggen, the total number of Bitcoin ATMs hit 9,680 at the beginning of September, representing a 167% jump year-on-year. Such outlets have emerged as one of the most convenient and quickest ways as opposed to crypto exchanges.

However, nothing beats the impressive figures in 2020. There were over 3,885 new Bitcoin ATMs officially launched and in operation in the first nine months of 2020, representing a 67% increase.

US leads in Bitcoin ATMs

Bitcoin ATM installations were, unsurprisingly, higher in developed economies, such as the United States, Canada, and the United Kingdom. However, developing markets and regions with volatile currencies, such as Venezuela, are also seeing an uptick in the number of Bitcoin ATMs installed as citizens lose their faith in their fiat currencies, the report said.

“Analyzed by geography, the United States represents the leading crypto ATM market, with 78% of all Bitcoin ATMs globally.”

The report also revealed the number of BTMs operating in the United States significantly increased in the last year. In September 2019, the US citizens could use 3,332 crypto ATMs all around the country.

Canada, ranked as the second-largest BTM market globally, with 869 Bitcoin ATMs as of September. The United Kingdom, Austria, Spain, and Switzerland follow, with 278, 150, 106, and 81 BTMs, respectively.