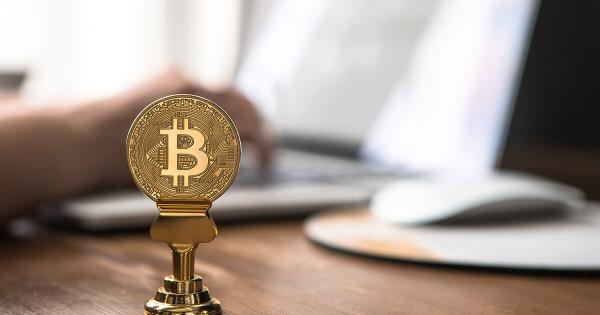 As per a release Tuesday, Microstrategy said Bitcoin is now a cornerstone of its financial strategy in the coming years, especially as the US battles with the ill-effects of the coronavirus pandemic and the risks of over-inflation.

The firm said, “distinctive properties” of Bitcoin led it to believe investing in the cryptocurrency would provide not only a reasonable hedge against inflation but also the prospect of earning a higher return than other investments.

In all, the firm picked up over 21,454 Bitcoin at an aggregate purchase price of $250 million, inclusive of fees and expenses. Meanwhile, Michael J. Saylor, the CEO of MicroStrategy, noted the firm’s investment in Bitcoin as part of their new capital allocation strategy, which maximizes shareholder value.

But the decision to purchase Bitcoin wasn’t overnight, he noted. Instead, the firm “spent months” to determine the capital allocation and saw the vast economic factors — such as excessive money printing and a grim economic outlook — as major factors behind their decision.

“This investment reflects our belief that Bitcoin, as the world’s most widely-adopted cryptocurrency, is a dependable store of value and an attractive investment asset with more long-term appreciation potential than holding cash.”

He added Bitcoin has emerged as a significant addition to the global financial system, with characteristics that are useful to both individuals and institutions. This made it a “legitimate investment asset” for MicroStategy and the principal holding in its treasury reserve moving forward.

The “brand” and a stock jump

Saylor articulated the opinion called the global acceptance, brand recognition, ecosystem vitality, network dominance, architectural resilience, technical utility, and community ethos of Bitcoin as some factors behind its “superiority as an asset class for those seeking a long-term store of value.”

MicroStrategy (a $billion company) has accumulated 21,454 BTC and refers to it as 'Primary Treasury Reserve Asset' …

… let that sink in

He noted Bitcoin was “digital gold,” and “harder, stronger, faster, and smarter” than any money that has preceded it. Saylor further expected its value to rise with the advances in technology, expanding adoption, and the network effect that has fueled the rise of so many category killers in the modern era.

Meanwhile, the news caused MicroStrategy stock to jump over 10 percent. Twitter commentators said the value of that was over $250 million, enough to cover the firm’s Bitcoin investment.

As a Bitcoiner who spent years working with C-suite execs… this MicroStrategy news is bigger than you realize.

Every CEO I've ever met has been obsessed with what his peers are doing to drive their stock price.

Ripple CEO Brad Garlinghouse called the move “bold and brilliant” in a tweet:

As I was saying… crypto shines like gold. @microstrategy's move to diversify in favor of digital assets is bold – and brilliant! One of the first companies to do so, but they certainly won't be the last. https://t.co/2RFS4FZEQH https://t.co/J5szoLnTfT

Meanwhile, MicroStrategy concluded it’s announcement on a strong note, “We believe that, together, these and other factors may well have a significant depreciating effect on the long-term real value of fiat currencies and many other conventional asset types, including many of the assets traditionally held as part of corporate treasury operations.”

Here’s hoping that Bitcoin, and other cryptocurrencies, catch on.