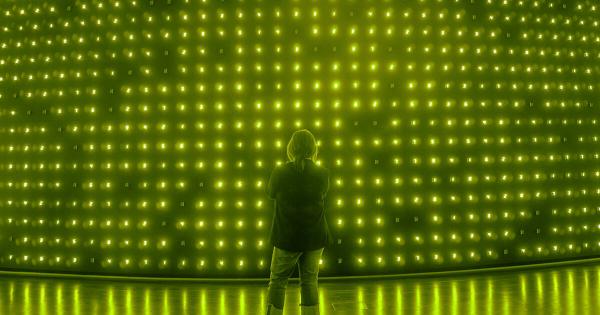 Photo by Yeo Khee on Unsplash

StrongBlock, a protocol designed to reward and reinforce the world’s expanding blockchain infrastructure, today announced the launch of its Nodes as a Service (NaaS) platform, it said in a release shared with CryptoSlate.

With the launch, anyone can deploy an Ethereum 1.0 node (the currently running network) with just a few clicks and start earning STRONG tokens as a reward.

The development comes after Ethereum’s much-awaited beacon chain went live on Dec.1 after years of preparation and a month.

Made for Ethereum 1.0 fanatics

Previously, node rewards went to registered nodes that ran the latest stable version of Ethereum 1.0, exhibited reliable uptime, and had few to zero outages. However, through StrongBlock’s NaaS offering, any interested novice can fund the creation and management of high-quality Ethereum 1.0 nodes.

“As we enter the next evolution of Ethereum, the integrity of nodes will become crucial,” said StrongBlock CEO David Moss. He added:

“Even if we are able to reduce the amount of transaction stress on a blockchain, we will still need to nearly triple the active validators to ensure true decentralization. That, and these validators will need to run reliably enough to sustain an influx of new dApps and users.”

The firm also plans to support Ethereum 2.0 nodes in the near future as projects make the transition off of the legacy infrastructure into the new network.

Ethereum 1.0 has faced infrastructure issues in the past that have threatened the integrity of the network. A recently unannounced hard fork caused an outage with Ethereum node provider Infura, which resulted in millions of dollars of losses and chaotic disruption to several applications and exchanges including Binance, Metamask, MakerDAO, Uniswap, and Compound.

A post mortem of the outage revealed that out of date nodes were to blame for the glitch — an issue easily prevented using StrongBlock’s screening system.

ETH 2.0 is a set of interconnected upgrades that will make Ethereum more scalable, more secure, and more sustainable. The first phase of the ETH 2.0 network launched on Dec.1 and required a minimum of 16,384 validator nodes.

As the second-largest blockchain by market capitalization, Ethereum is host to the largest ecosystem of blockchain applications. With this next batch of improvements, Ethereum plans to usher in waves of new and advanced enterprise and independent applications.

However, currently, Ethereum 1.0 is lacking the infrastructure support needed to move forward.

“Ethereum 1.0 nodes will take precedence in the StrongBlock protocol for now, since the majority of existing Ethereum dApps will remain on the 1.0 network until there is a critical threshold of 2.0 support,” explained Moss.

Users can create their own node today in a few clicks using this link. A contribution of 10 STRONG to the StrongBlock community is required to create a node and participate in rewards.

The world of blockchain innovation is a tide pool of information that has left many cryptocurrency skeptics in the dark, but for decentralized security, a light is coming.