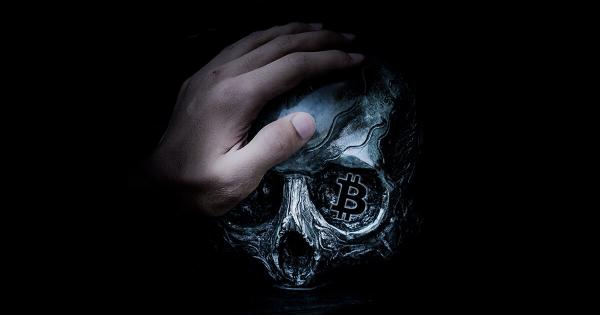 Photo by Leonardo Yip on Unsplash

Researchers have pegged the figure at just shy of 1 million BTC, meaning Nakamoto has over $9.6 billion at current market rates and over twenty billion when Bitcoin was $20,000 back in January 2018. At the time, the dollar value briefly placed the creator among the world’s top-50 billionaires.

But one Bitcoin researcher, famed for calculating Nakamoto’s Bitcoin value and introducing the “Patoshi Pattern,” believes the Bitcoin creator may never move his coins.

Earlier this week, Sergio Demain Lerner, creator of Bitcoin-issued smart contract firm RSK and one of the discoverers of the “Patoshi Pattern,” took to Reddit’s cryptocurrency community for an AMA session around Bitcoin.

Patoshi describes a Bitcoin mining pattern using a different algorithm than those used in 2009. The miner, said to be Nakamoto himself, mined over 1 million Bitcoin at the time, but more invasive research in the topic has not been conducted since.

Part of that is to do with “respecting” Nakamoto’s privacy. Lerner notes his own contributions to Bitcoin were transparent enough to not advocate an investigation into what Nakamoto did in 2009, with “digging more” meaning entering the creator’s “private area.”

But with Lerner’s deep understanding of the space, the researcher believes Satoshi is altruistic enough to not spend his coins:

“Assuming Satoshi is Patoshi, I believe, based on the past history of Satoshi coins, that Satoshi won’t use his coins ever. Therefore, I think that there couldn’t be a fairer and a more altruistic way for Bitcoin to be born.”

He added other Bitcoin contributors, such as Hal Finney, Mike Hearn, and Dustin Trammel have publically published private information of transactions between them and Nakamoto, with the latter’s unique transaction behavior spotted as transactions were low at the time.

However, Lerner notes there is no hard evidence linking Patoshi to Nakamoto, or conclusively proving he really mined the 1 million Bitcoin.

Meanwhile, other researchers continue to discover intricacies in the Patoshi data:

Excellent visualization of Patoshi LSB by TechMiX. As anything related to Satoshi, each new answer reveals deeper enigmas.

In 2013 I said "a picture is worth a thousand words", but I should add now that an animated graph is worth a million words. https://t.co/04JzPEl3Lx

Other parts of the AMA concentrated on Lerner’s work with RSK, a protocol that focusses on smart contract creation over the Bitcoin network. RSK allows users to conduct smart contract executions for a small fee, with RBTC, the network’s native token, pegged one-to-one with Bitcoin.

The #RSK Ecosystem Fund is thesis-driven, seeing the potential to build entirely new classes of services on top of #Bitcoin.

Watch back our webinar from Founding Partner at Monday Capital @katerinastro to learn more about the fund! https://t.co/G1bhYXdz7y pic.twitter.com/jm9qz04O7S

Some questioners asked about Lerner’s opinion towards Ethereum 2.0, the protocol’s upcoming shift to a Proof-of-Stake consensus awarding payouts to validator node holders.

Lerner spoke in the regard:

“It is a risky and ambitious project. It’s not an evolution of Ethereum 1.0, but a complete rewrite. By doing everything from scratch, Ethereum developers were able to choose improved technical solutions for most components, helped by the lessons learned from past failures with Ethereum 1.0.”

However, he added some of the components in Ethereum 2.0 “will work great,” with the inherent risks similar to any such technological migration of that magnitude.

Meanwhile, speaking on Bitcoin’s contributor community, Lerner indicated coders work hard to prove their worth to other Bitcoin contributors and eventually have their code merged. Criticism and reworking one’s code are part of the mechanism, with Lerner noting he would “love to hear what’s like to be a Bitcoin core developer now.”