The Ethereum community has had a long wait for the much-anticipated Ethereum 2 upgrade. 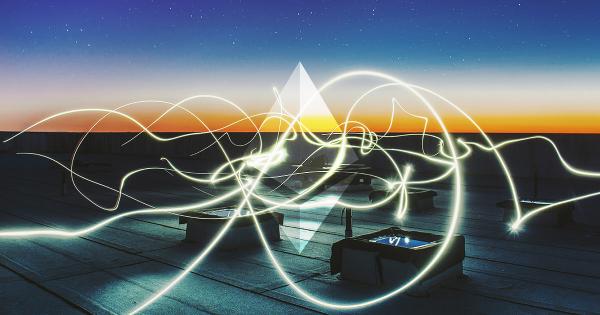 Photo by Federico Beccari on Unsplash

The Ethereum community has had a long wait for the much-anticipated Ethereum 2.0 upgrade. After several years of delays.  July is the targeted date for the move to proof-of-stake, provoking wild speculation about a bull run in the price of ether.

It does seem reasonable to assume that the proof-of-stake implementation, known as Beacon Chain, will spark some positive price movement. If nothing else, locking up ether in staking introduces a supply constraint that should help to push the price. The launch of Eth 2.0 will also put a cap on the supply of ether after Vitalik Buterin confirmed that one of the reasons for a move to proof-of-stake is to reduce issuance.

If you’re holding a long position in ether, then this could be good news. However, a push on price isn’t necessarily good for network users, as ether is used to pay for the gas needed to transact on Ethereum. During the 2017 price spike, users saw significant rises in transaction costs.

Nevertheless, costs alone are far from the only reason to remain skeptical that July will see the second coming of Ethereum.

Ethereum’s biggest problem has always been its lack of scalability. While the platform has proven immensely popular among blockchain application developers and users, it continues to suffer from congestion and choking at peak usage. While competitor platforms can boast of handling thousands of transactions per second, Ethereum continues to run just 15 at full capacity.

The Long and Winding Road to Ethereum Scalability

The Beacon Chain implementation may bring some price benefits, but solving the scalability challenge is still years away. ETH 2.0 is a three-phase project, and Beacon Chain represents Phase 0. It’s essentially a lone chain that will run side-by-side with Ethereum’s current proof-of-work blockchain and won’t support smart contracts or user accounts.

It will be at least another year after that before Phase 1 arrives, which will be the first demonstration of scalability using sharding. However, it’s only with the final phase that dApp developers and users will feel the benefit of scalability. Phase 2 will implement the Ethereum Flavored Web Assembly, or eWASM, which is a kind of re-engineered Ethereum Virtual Machine supporting smart contracts, accounts, and more.

Furthermore, one testnet coordinator has even indicated that July may be too ambitious for the Beacon Chain rollout. So, it could be years before ETH 2.0 yields any changes to the scalability situation.

Interoperability – More Than a Band-Aid

In light of the long and winding road ahead, many projects are now seeking to implement their own solutions to Ethereum’s scalability challenges. Interoperability is perhaps the most promising, using bridges between faster, more powerful blockchains to ensure that Ethereum developers have access to the scalability they’re missing.

Earlier this year, Syscoin became the first project to implement a two-way bridge between its own Z-DAG layer and the Ethereum blockchain. The Syscoin Bridge enables any dApp developer to send their tokens across the Bridge for processing by the Syscoin network.

Syscoin’s Z-DAG is an interactive, instant settlement protocol using a directed acyclic graph structure. It can scale to up to 60,000 transactions per second, as verified by Whiteblock, an independent third party. The interactive part of the protocol means that developers can select their optimum trade-off between security and speed. A low-value transaction could be processed with a double-spend assurance of 99.9% in one or two seconds, whereas higher value transactions could wait up to ten seconds for a full global consensus of 99.9999% assurance.

The Syscoin Bridge utilizes a mint-and-burn mechanism on either side, which serves to ensure that supply is maintained no matter how many times a token crosses the Bridge.

Furthermore, Syscoin is a low-cost processing platform, and using it means that any spike in the value of ETH won’t impact on transaction costs.

Enabling the growth in stablecoins

Tether is an example of a project that has moved from platform to platform in the hope of being able to sustain its meteoric growth. It started out on Omni but introduced the ERC20 version of USDT in 2017 as a means of avoiding the congestion on Omni.

However, since then, Tether has grown to account for half of all transactions on the Ethereum network, itself becoming one of the main causes of Ethereum’s congestion.

It’s latest move, towards interoperable bridges, is designed to ensure that Tether users can benefit from the high speed of processing on the EOS network. CTO Paolo Ardoino confirmed the company is issuing a wrapped version of BTC on the EOS mainnet, and plans to expand this feature to wrapped versions of the ERC20 USDT.

Single blockchain scalability – at any cost?

In light of the fact that interoperable bridges are already providing a workable solution to Ethereum’s lack of scalability, one has to wonder if there’s even any point in continuing with the ETH 2.0 upgrade. After all, it’s a lot of work to solve a problem that now already has a solution. It seems that Ethereum’s core developers would rather pursue single-network scalability at any cost, rather than consider the idea that an interoperable ecosystem of blockchains is a better concept than Ethereum continuing as the one blockchain to rule them all.

Ethereum has survived this long, and it seems unlikely that its loyal community will abandon it now, even if scalability is still years away. However, the real danger is that by the time ETH 2.0 delivers on its promise, it will no longer even be considered necessary.