There is another claimant to the Satoshi Nakamoto throne. The newest iteration presents numerology and an acronym for a defunct Pakistani bank as ‘evidence’ in the latest Bitcoin-related publicity stunt.

The latest Faketoshi claims that the word Bitcoin was created as an acronym for the defunct Pakistani bank “Bank of credIT and COmmerce INternational,” and that the name Satoshi Nakamoto was chosen due to its symbolic value in Chaldean numerology.

The number of people claiming to be Satoshi has continued to increase as Bitcoin nears its 11th birthday. After several quiet months, the crypto industry saw another claimant to the Satoshi Nakamoto namesake. This time, it was a carefully-thought-out three-part “reveal” plan executed by a PR and crisis management company.

The big reveal happened on the satoshinrh.com website, where three lengthy blog posts were scheduled to go live one after another. The first post, titled “I am Satoshi Nakamoto,” starts off as an introduction to the concept of Bitcoin, as well as a long, but empty description of Bitcoin’s history and misuse.

Parts two and three, however, contained the big reveal—Bitcoin’s creator is Bilal Khalid, a Pakistani national who changed his name to James Bilal Caan after emigrating to the U.K.

As it often happens with pompous reveals, the crypto community was quick to react. Hundreds of Twitter users criticized the posts, saying that not only did they contain broken English that contrasted the real Satoshi’s polished tone, but also the facts and logic presented were faulty, to say the least.

The spelling and grammar mistakes were quickly edited once the news started gaining traction on Twitter. Many pointed out that this could be the reaction of Ivy McLemore, the marketing company hired to handle Satoshi’s big reveal.

What do Chaldean numerology, a liquidated Pakistani bank, and a broken laptop have in common?

In the blog posts, the new Faketoshi goes into great detail to describe the origin of Bitcoin’s name and his pseudonym. He describes that the origins of the word Bitcoin weren’t derived from the word “bit” as previously thought, but from the acronym of a defunct Pakistani bank.

The Faketoshi explains that he was “obsessed” with the Bank of Credit and Commerce International (BCCI), which was liquidated after money laundering allegations, and wanted to bring the name back to its “glory days.”

We have a new Satoshi fraud in town and it's just as meticulously absurd as you would expect it to be. https://t.co/Y3jiAhS6ad pic.twitter.com/PimQg7RYoW

Charlie Lee, the founder of Litecoin, mocked the ridiculous explanation, saying Bitcoin isn’t the only acronym in crypto. He jokingly explained that he chose the name “Litecoin” as an acronym of “Lime Tea Company Incorporated.”

The origins of the word Litecoin were derived not just from it being a "lite" version of Bitcoin.

I was looking at "Lime Tea Company Incorporated" and the light-bulb moment came where the letters were calling me to pick the name.

When choosing a pseudonym, however, the claimant described an even more whimsical method. He claimed that he chose the name Satoshi as its value in Chaldean numerology matched that of his childhood nickname—Shaikho. Nakamoto was reportedly chosen due to its deep meaning and the fact that when added to Satoshi, its Chaldean value was 55, which is an all-important mystical number in the ancient numerology practice.

This information, revealed in the second and third iteration of the Faketoshi’s “big reveal,” makes it hard to decide whether it’s just an extremely elaborate prank or plain delusional.

The inability to access the 980,000 BTC Satoshi Nakamoto owns was explained in an even more unbelievable way. Khalid explained that all of the Bitcoins he mined were stored in a wallet on a hard drive of an Acer laptop, which inexplicably shut down after a night of “rigorous testing.”

The laptop was then sent to “support guys,” where its hard drive was replaced and the billions of dollars worth of Bitcoin were lost forever.

BitcoinTalk’s user avikz wrote that Bilal’s story is more convincing than that of Craig Wright.

As unbelievable as it might sound, all of this information is just a prelude to the “real” Satoshi Nakamoto’s final plan—Tabula Rasa. The soon-to-be-published blog post will reportedly contain his “clean-slate” vision for Bitcoin, alongside a slew of other (likely nonsensical) information.

Meanwhile, the Bitcoin community continues to reject any claim to the Satoshi name unless there is cryptographic proof that they have access to Nakamoto’s original wallets. 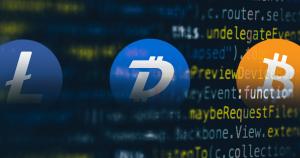 Like what you see? Get more Satoshi news in your inbox